Alaska now no. 2 for most wins in PBA history
Close
menu
search

Alaska now no. 2 for most wins in PBA history 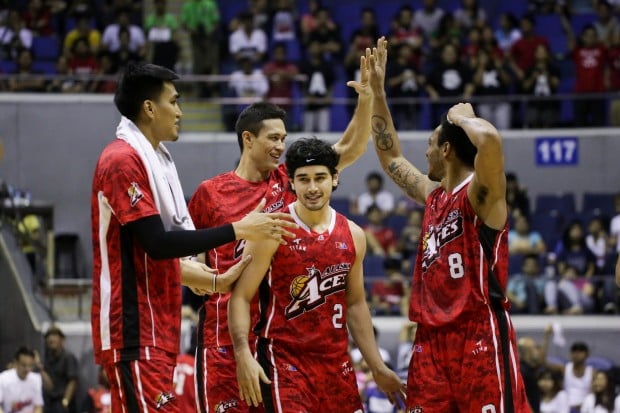 It was a night worth remembering for Alaska on Tuesday.

Not only did the Aces return to the PBA Finals for the third time in four conferences, the franchise now has the second most wins in the league with 892 following its 118-89 rout of the GlobalPort Batang Pier in Game 5 of their semifinals series.

According to PBA head statistician Fidel Mangonon, the blowout victory propelled Alaska past Ginebra (891) in the all-time list while San Miguel Beer remains at far no. 1 with 1,211 wins.

The Aces, though, clearly want to add four more to their win total this conference and clinch what would be their 15th championship in franchise history.