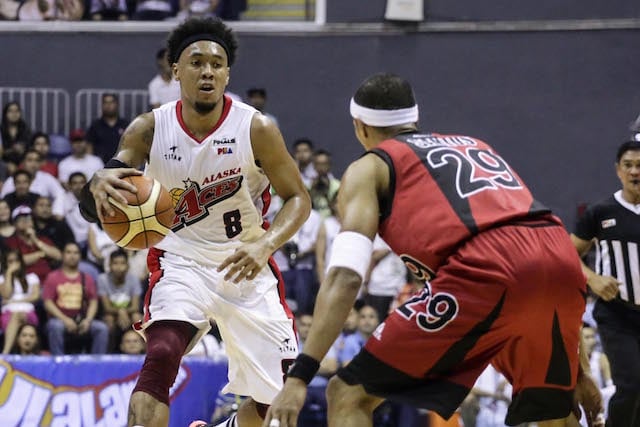 Vic Manuel scored 14 of his playoff career-high 24 points in the fourth quarter, where the Aces came back from 12 points down.

The Beermen, who didn’t have their superstar center June Mar Fajardo due to a knee injury, led majority of the game before the Aces closed the game on a 9-1 run inside the final two minutes.

“San Miguel handled us for most of the game. I dunno how long they had the lead, but I didn’t like the way we were playing,” said Alaska head coach Alex Compton. “We’re just able to string together a bunch of stops. We just had some guys step up and make some plays late.”

Game 2 is on Tuesday night also at the Big Dome.

The Beermen had five players in double figures led by Alex Cabagnot’s 20 points. Marcio Lassiter had 19 while backup big men Yancy de Ocampo and Gabby Espinas gave their team a lift as both combined for 29 points and 15 rebounds.

Alaska also won Game 1 of the Philippine Cup Finals last season but went on to lose the series in a Game 7.