SMB capable of winning title even without Fajardo, says Cabagnot 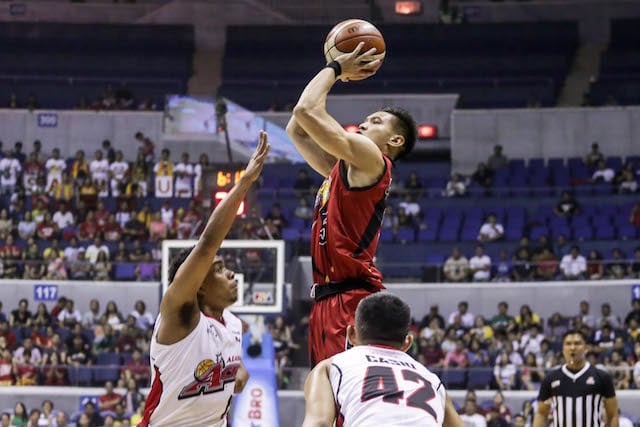 The 6-foot-10 Fajardo didn’t play in the series opener Sunday after hurting his knee in Game 6 of their semifinals series against Rain or Shine.

Alaska won Game 1, 100-91, although the Aces needed a strong fourth quarter to defeat the shorthanded Beermen. Fajardo’s absence also allowed the Aces to dominate the boards, 48-28.

There are conflicting reports surrounding Fajardo’s injury and it remains unclear whether the two-time MVP could return for the remainder of the best-of-seven titular series.

While he is relieve after being told that Fajardo’s injury won’t require surgery, San Miguel coach Leo Austria said the health status of his star big man is on a day-to-day basis.

“He’s certainly a big loss. 20 points and 17 rebounds that’s what we missed tonight,” noted Cabagnot of what Fajardo’s numbers would’ve been had he played.

With Fajardo doubtful for Game 2, Cabagnot said the Beermen will have to make the necessary adjustments particularly on defense.

The starting guard also mentioned his team’s need to execute well and try to avoid getting into foul trouble.

Arwind Santos, who is expected to raise his game in the absence of Fajardo, fouled out with still over three minutes left in the fourth quarter with the game on the line.

“I’m certain we can still win this (series). We’ve got a lot of good players in the team. We just have to work together,” Cabagnot said, adding “I’m not gonna sit here and do nothing.” (Dave Coros)