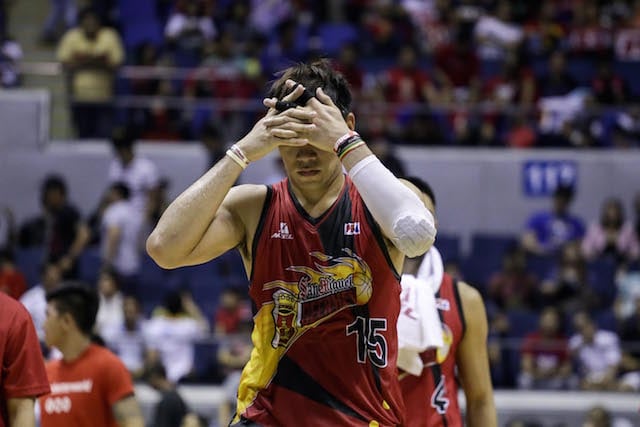 For the past three games against the 2015 runners-up, the Beermen played without two-time MVP June Mar Fajardo and the fourth game could see another no-show from the big man.

Austria said he won’t gamble Fajardo’s health to get a potential win in the seven-game series especially with the star center still in the recovery process.

“I cannot gamble June Mar even if he’s ready to play,” Austria said. “He might aggravate his injury right now because it’s still in the healing process. We cannot disrupt his healing process.”

Fajardo injured his left knee during the Beermen’s semifinals series against Rain or Shine after a rebound play against Painters swingman Jireh Ibañez.

Austria admitted they have to make their last ditch rally without Fajardo in the middle in the crucial fourth game, counting on his other players to step up their game.

“There is no other way. I hope these players will step up,” Austria said. “But as far as energy is concerned, I think they’re having a difficulty establishing it.”

“We have the energy to start the first half but we can’t sustain it.”