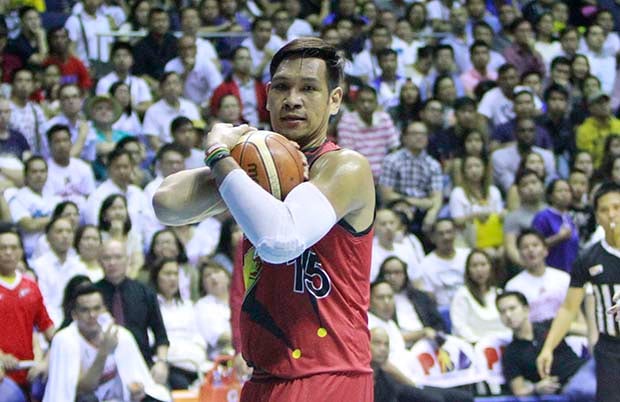 It wasn’t the start San Miguel wanted, but at this point in the PBA Philippine Cup finals, it’s something the Beermen had to live through.

Down 3-1 in the series, after a thrilling Game 4 overtime victory, the Beermen once more needed a miracle and they got one—in the form of a 6-foot-10 giant who happens to go by the name June Mar Fajardo.

He came off the bench and inspired the Beermen to an 86-73 nipping of Alaska to put the series at 3-2.

Fajardo, playing through after getting his knee injured in the semifinals, said he didn’t dwell much on the negative side of his injury so that it wouldn’t affect his performance.

Fajardo finished with 13 points and four rebounds in 16 minutes of play.

His numbers may be small compared to his stat lines during the semifinals and the eliminations, but his mere presence disrupted the whole Aces defense.

Alaska was forced to mark him down in the post giving opportunities to other players especially Arwind Santos who broke out of his slump and finished with 22 points, 16 rebounds, four assists, four blocks, and three steals.

Fajardo said he desperately wanted to play in Game 4 because one loss would give Alaska the title.