Fajardo shrugs off injury, vows to give all in Game 7 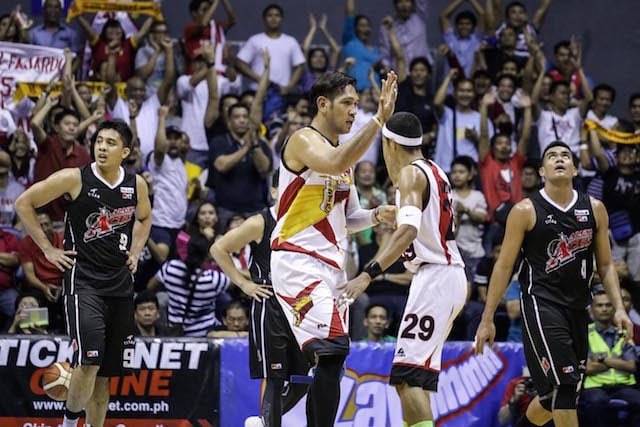 The San Miguel Beer center went down with a left knee injury that cost him to miss four games in the finals. Fajardo’s grew more as his team kept losing to the Alaska Aces until the Beermen stared at a 0-3 hole.

Facing elimination, the timing was just right for Fajardo to show up and be with his teammates on the bench in Game 4 after he received his Best Player of the Conference award.

In that game, the Beermen weathered an imminent Alaska coronation in overtime, 110-104.

And that was just the beginning as San Miguel survived another overtime three days later, 86-73, with Fajardo playing limited minutes in a surprise return.

With the condition of his knee vastly improved, Fajardo showed flashes of his old form to help the Beermen force a deciding game for the 2016 Philippine Cup title.

San Miguel already made history by becoming the first team in the league to forge a Game 7 after trailing, 0-3 in a best-of-seven series, but Fajardo and the Beermen will only be contented when they win the championship.

Fajardo, whose left knee still heavily wrapped, admits he hasn’t fully recovered yet, but he vowed that won’t keep him from giving his all.