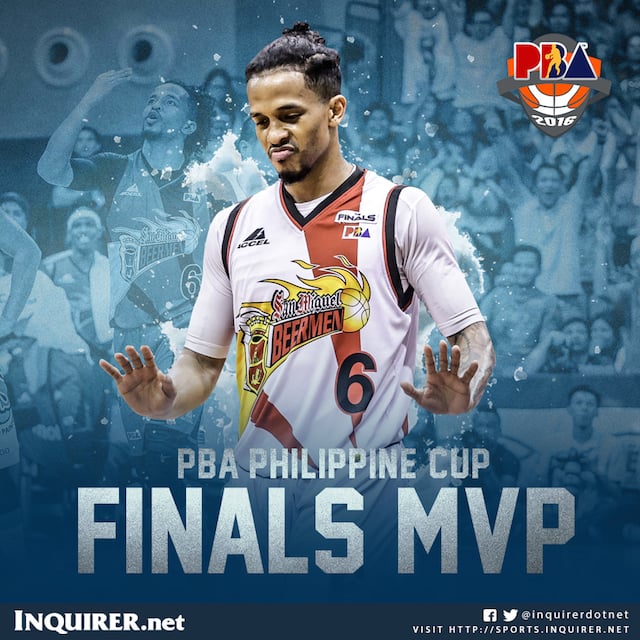 Chris Ross, San Miguel Beer’s starting point guard, was named Finals MVP of the 2016 Philippine Cup Finals after leading the Beermen’s historic comeback in becoming the first team in the league to win a best-of-seven series despite losing the first three games.

Known for his defense, Ross hit 4-of-6 3-pointers en route to a conference-high 21-points that went with five rebounds and five assists in the Beermen’s 96-89 win over the Alaska Aces in Game 7.

The 30-year-old Ross averaged 8.4 points, 4.6 rebounds, 4.0 assists, and 1.7 steals in the Finals series. But his contributions went beyond the stats.

“We didn’t have a game plan for Chris Ross hitting four threes and turning into Marcio Lassiter in Game 7,” Alaska head coach Alex Compton told reporters. “After the game, gave him a hug and told him he’s a winner. He’s huge.”