Hontiveros thinking of retiring at the end of 2016 season 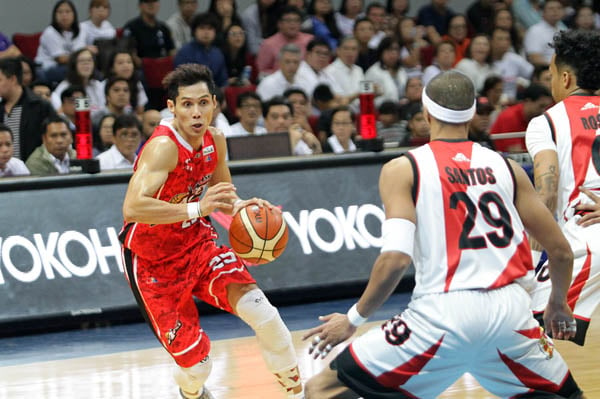 One of the deadliest gunslingers in the league could soon shelve his holster for good.

This year could be Dondon Hontiveros’ last after Alaska’s veteran swingman revealed he’s been contemplating retirement at the end of the 2016 PBA Season.

“Emotionally, I’m drained,” Hontiveros said on Wednesday night after the Aces lost in Game 7 of the Philippine Cup Finals to the San Miguel Beermen despite taking a 3-0 lead.

Hontiveros also said he thought of stepping away if Alaska wins the championship which would’ve been his first All-Filipino title.

“I was thinking of retiring if we win. Retire with a win, but it didn’t happen. We still have two conferences to work on it and make it special.”

Hontiveros made his PBA debut in 2000 after making a name for himself in the defunct Metropolitan Basketball Association.

Hontiveros said retiring would give Alaska’s younger players like Kevin Racal and JP Mendoza opportunities to showcase their capabilities.

“There are other guys like JP [Mendoza] and Kevin [Racal] and it would be unfair to them if they won’t get opportunities to play.”

The 38-year-old Cebuano said Gilas teammate Asi Taulava and Alaska teammate Eric Menk have been his inspirations to keep playing.

Taulava, who is the starting center of the NLEX Warriors, is still going strong at 42 while Menk, a year younger, has shown he can still contribute from time to time.

Hontiveros, however, doesn’t see himself playing for that long.

“They’re different. I can’t say enough about the two.” Hontiveros, who won two Fiesta Conference championships with the Beermen and another one with the Aces in the 2013 Commissioner’s Cup, said. “Eric and Asi have been very inspiring.”

“Right now, I’m thinking of retiring at the end, who knows if my body can still keep up but I would say, it will also be unfair to my teammates.”