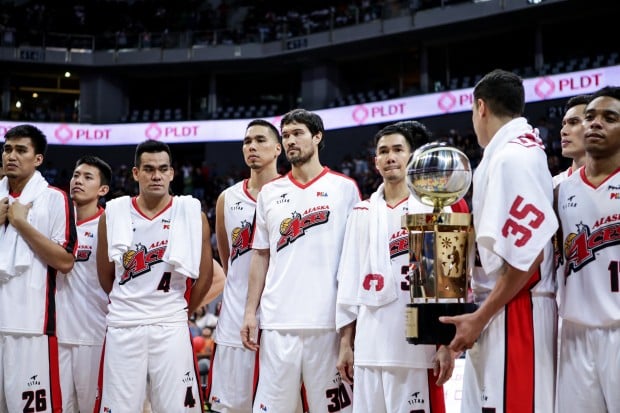 Alaska almost had the championship in game 4, which turned out to be the start of the Aces’ downfall.

After the heartbreak of losing four straight, not to mention almost closing out the fourth game after his buzzer-beating three to force overtime, Cyrus Baguio said the Beermen deserved the title as a 3-0 start was all the Aces could muster.

Baguio had the chance to become the hero in Game 4 when he sent the potential final game into overtime but the Beermen went on a “beeraculous” run.

Defending two-time MVP June Mar Fajardo returned in Game 5 and everything was in place for San Miguel’s historic comeback.

In the middle of heartbreak, Baguio’s memory proved photographic as he recalled the events that led to the team’s collapse.