Fajardo out 2 to 3 weeks to rest 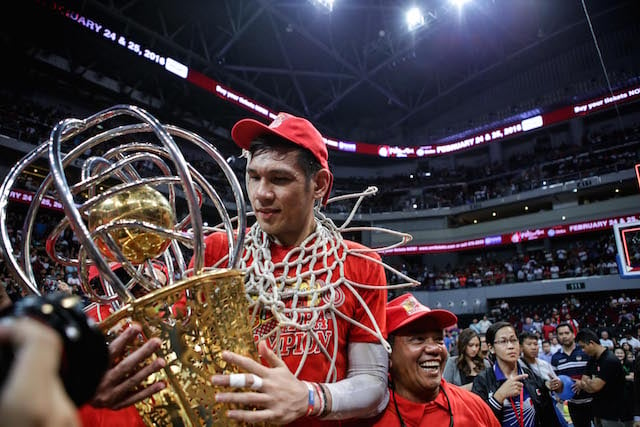 June Mar Fajardo will finally get the breather he deserves.

After his inspiring comeback that fuelled San Miguel Beer’s dramatic Philippine Cup conquest, the two-time MVP was advised to take a rest in the next two to three weeks to better tend to his injured left knee.

“I have been advised to take a rest for two to three weeks,” said Fajardo, who returned from a swollen left knee in Game 5 of the Finals against Alaska, in Filipino.

Fajardo believes everything happens for a reason and his injury, which he sustained in Game 6 of the semifinals against Rain or Shine, only made the Beermen’s championship run more gratifying.

“God really has a plan for the team. Maybe it was a blessing in disguise that I got injured, we’re down 0-3 and we ended up making history,” he added.

The gentle giant is also thankful no one got hurt in the Finals.

“We thank God for the championship and that no one got injured,” Fajardo said.