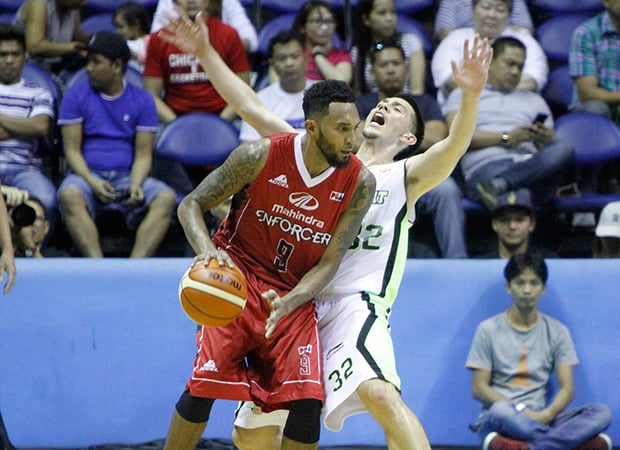 It was a 35th birthday to remember for Nino Canaleta.

Canaleta torched GlobalPort with all of his 20 points in the first half, setting the tone for Mahindra’s 111-98 victory over GlobalPort to open the 2016 PBA Commissioner’s Cup.

But the gunner said that his stellar performance wasn’t just because of the occasion.

Canaleta went 4-of-6 from threes and also added six rebounds and a block in the victory.

With the Enforcers falling a game short of making it to the Philippine Cup playoffs, the well-travelled
forward shared that the whole team is motivated to fare better in the second conference.

It also helps that the team focused on improving the chemistry.

Meanwhile, Canaleta believes that Augustus Gilchrist is bound to have a good performance for the Enforcers despite an underwhelming debut, saying that he has seen how the import worked over the off-season.