Slaughter still not in top shape: ‘I think I lost my power’ 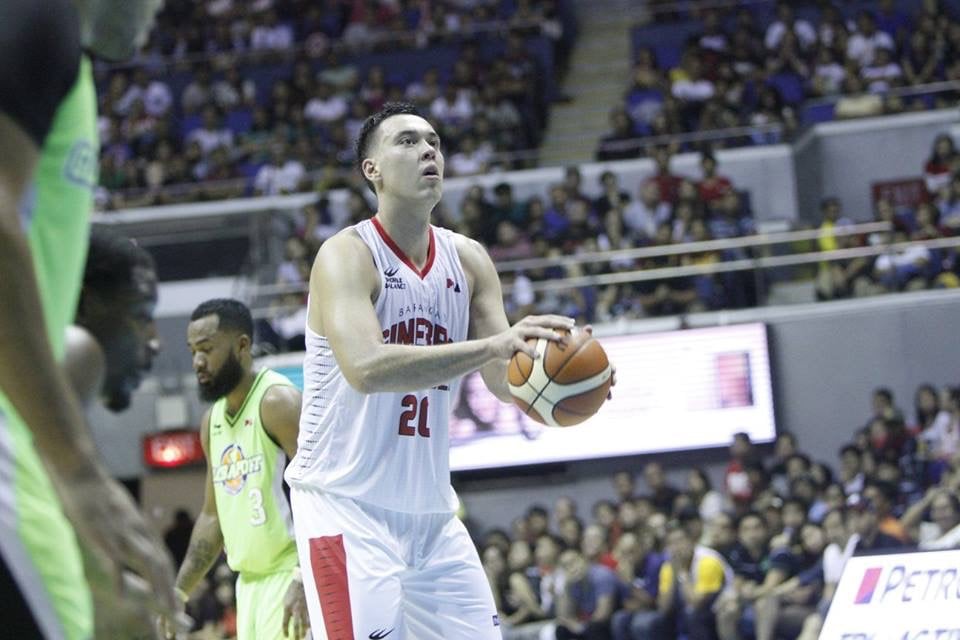 Greg Slaughter getting ready to shoot a freethrow. PBA IMAGES

An obviously slimmer Greg Slaughter took the court on Sunday when Ginebra clashed against GlobalPort.

The 6-foot-11 behemoth said he lost a good 15 points after a bout with measles which made him miss the opening game of Ginebra last Friday.

But in his return, Slaughter still put on some solid numbers – 20 points and seven rebounds in Ginebra’s 89-85 defeat to GlobalPort.

The center was obviously sluggish after joining his team for a short practice only on Saturday after a three-week absence.

“I’m just getting my rhythm out there. If I find my rhythm, it’s easy with 0 (Jeffers) out there.
He makes things so much easier,” he said.

Despite his struggles, Slaughter said it was actually coach Tim Cone who gave him the confidence to return to the court.

Slaughter is hopeful to return to top shape in another week, which will be a welcome development for the Gin Kings, who have dropped to 0-3.

“Fortunately, we got another week before our next game and hopefully, I’ll be back on my shape by then.”

But the poor start in the 2016 PBA Commissioner’s Cup has not affected Ginebra’s confidence just yet.

Slaughter believes the only way for Ginebra to return to being a serious contender is if the Gin Kings is to put more focus on defense.

“We just got to stick to our game plan and execute. The only way we’re going to win is by defense. We got to be a defensive team first and everything else after that,” he said. “I know with coach Tim, everyone is about the triangle but we got to be a defense-first team.”

Ginebra returns to the court next Sunday against Rain or Shine.