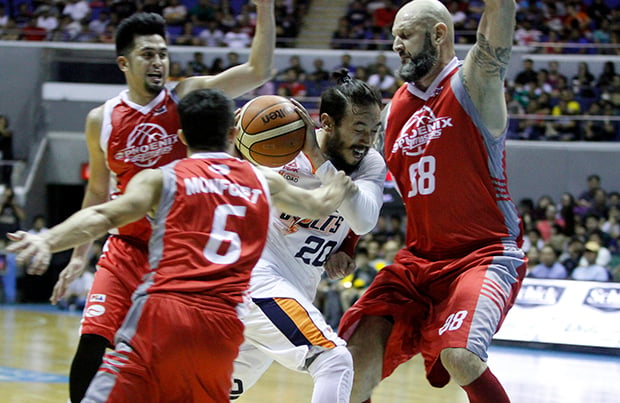 Jared Dillinger became the second Accel-PBA Press Corps Player of the Week in the 2016 PBA Commissioner’s Cup after helping the Meralco Bolts stay on top of the standings with their unblemished 4-0 record.

The left-handed Dillinger emerged as one of the most consistent players for the Bolts in the mid-season conference after averaging 13.0 points, 4.5 rebounds and 2.5 assists in the team’s two-game sweep this past week.

“We were one of the first teams to take the exit in the previous conference so we had time to build on our chemistry and get better,” Dillinger said as he bested the likes of Ginebra’s Greg Slaughter, GlobalPort guard Terrence Romeo, along with Blackwater gunners Carlo Lastimosa and Reil Cervantes for the citation for the period of February 16-21.

Dillinger said the Bolts practically “lived in the gym” during the conference break as they worked on bouncing back in the import-flavored conference following an embarrassing 1-10- win-loss card during the Philippine Cup.

“If you come from a disappointing season, you have to reflect not only as a team but individually as well.”

After winning five league championships during his first five seasons as a pro with Talk ‘N Text, Dillinger was traded to sister team Meralco in June 2013.

He has taken upon himself to lead the Meralco franchise, which has yet to win a PBA championship since joining the league in 2010.

“That’s great, we’re four-and-0, but then, we’ll throw that off come playoff time,” he said.

“Definitely, it’s a process so we just need to keep building on these type of games.”

Meralco takes a week off before returning to action on Sunday against GlobalPort where the Bolts eye a franchise record-tying fifth straight win to start the conference. (RD)