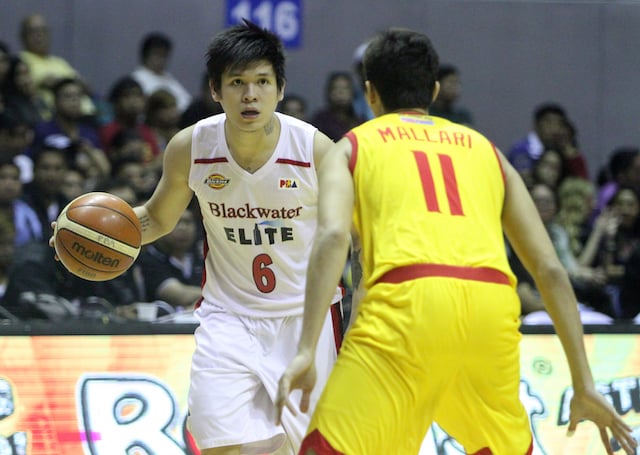 The milestones keep coming for Blackwater and the Elite are bent on adding a new one.

Centered on Blackwater’s sights is struggling Star with the Elite hoping to emerge from their tussle Wednesday with a third straight win in the 2016 PBA Commissioner’s Cup at the Smart Araneta Coliseum.

“Same approach as in our last game,” said Blackwater coach Leo Isaac, whose team notched a first-ever second straight win in its young pro existence at the expense of import-less Alaska 107-101 last Friday.

“We will give our very best to get a win versus Star. A win tomorrow will give our franchise its first three straight wins in the PBA,” added Isaac.

At first glance, Star seems to be ripe for Blackwater’s picking.

The Hotshots are languishing at the bottom of the 12-team field after failing to score a win in their first three games, a scenario that was deemed unlikely in pre-conference rankings due to the presence of such stars as James Yap, Marc PIngris, Mark Barroca and former Best Import Denzel Bowles.

But the poise and character Star showed when it notched a Grand Slam just two seasons ago seem to be just a fast-fading memory now, as could be gleaned in its 99-106 loss the last time out.

Against NLEX last Saturday the Hotshots were unable to push home their charge from a 91-100 deficit, blowing the chance to whittle a 99-102 count by turning the ball over and then allowing the Road Warriors to grab two decisive offensive rebounds and score inside the last five seconds.

Still, Star coach Jason Webb a breakthrough win can help turn things around for his team.

“We’re just looking for one win and take it from there,” said Webb. “Hopefully we get it tomorrow.”