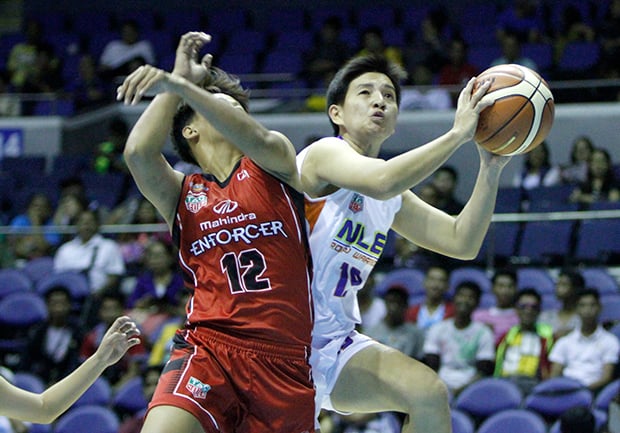 NLEX came back from the dead and stunned Mahindra, 12-10, for its second win in PBA Tag Heuer Women’s 3×3 Tournament Friday at Smart Araneta Coliseum.

Falling behind early, the Road Warriors staged a comeback behind Katherine Sandel to take a 10-8 lead in the last 29.8 seconds.

Cindy Resultay, however, turned the ball over, which would be capitalized by Almazan on an easy undergoal stab.

Anna Regina Buendia failed to force overtime for Mahindra as she missed her two-pointer at the buzzer.

Sandel led NLEX with six points, while Almazan had with four markers in the win.

Balasta topped the Enforcers with six points of her own, while Resultay got four.

In the second game, Julie Pearl Gula willed GlobalPort to a 13-12 victory over San Miguel.

Gula scored the final three points in the clutch for the Batang Pier to drop the Beermen for good. She finished with seven points.

Jasmine Tiu-Malto helped her with four markers in the win.