Cone not thrilled with how Ginebra played vs Phoenix despite win 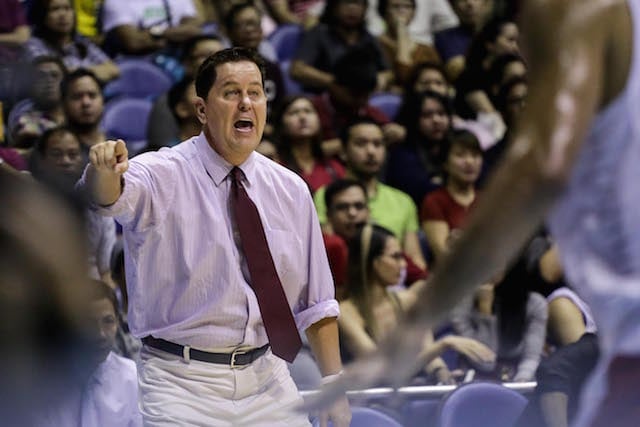 PANABO CITY – Thanks to another heroic performance from LA Tenorio, Ginebra came out on top in a come-from-behind victory over Phoenix on Saturday night.

But that does not hide the Gin Kings’ poor showing in the first half, where they found themselves in deep trouble after the hot-shooting Fuel Masters had buried them down 17 points early.

Ginebra head coach Tim Cone was certainly not too pleased about it.

The lethargic start can be attributed to a lot of stuff, one of which was the exhausting trip the previous day, when the Gin Kings spent a chunk of their Friday on the road.

“We were on the bus for almost seven and a half hours yesterday (Friday) going to and from the venue, plus the flight down from Manila. Certainly, that contributed to it,” he said.

But Cone isn’t willing to use it as an excuse for the team’s overall showing early on.

“We continue to battle but we just got to be more disciplined. We still lack a lot of discipline to make it to the next level,” he said.

Though the win on the road was another boost to Ginebra’s quest in returning to contender status, Cone isn’t convinced that his team’s performance will be enough to topple the powerhouse squads.

“We found a way, and it’s always good to find a way to win. You build on that and create momentum, but we’re not going to beat the contenders playing like this. We got to play a lot better and you got to beat those guys to make it to the Finals,” he said as TNT, San Miguel Beer and Meralco remain on the Ginebra’s elimination round schedule.

“Unless we can really step up our play, our game awareness, I don’t know if we can do it. We’ll try to get better but we’re not there yet,” he said. “We’ll take where we are right now. We’ll see what we’re made of by the time these three games are over.”