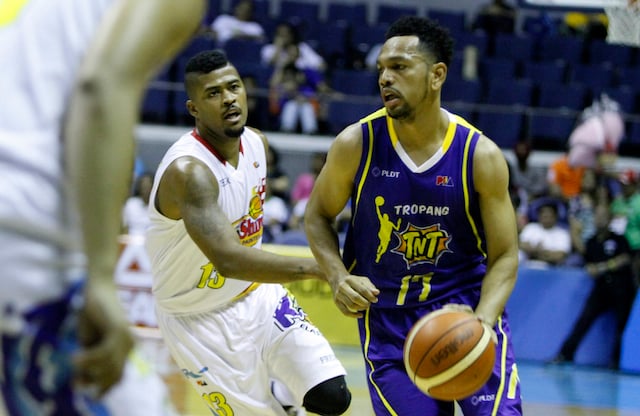 Though sluggish at the start in his return from injury, Jayson Castro eventually got his bearings to lead TNT’s 114-103 rout of Rain or Shine on Monday.

Persistence pays, and Castro was rewarded with 26 points on 10-of-14 shooting from the field along with four rebounds and four assists off the bench.

It also helps that the Tropa have seen a surge in the production of Castro’s supporting crew, with import David Simon holding his own against the hefty Elasto Painters bigs.

The victory was crucial as it pulled TNT back in the thick of things. At 4-4, it has leveled itself with Rain or Shine, Mahindra, and Star in the middle of the standings.

And this desperation of sorts has made the national team standout decide to rise through the pain and come through for his crew.

Castro and the rest of TNT has a showdown with Ginebra next in its schedule set on March 30.