NLEX hopes to get some consistency going after win over Blackwater 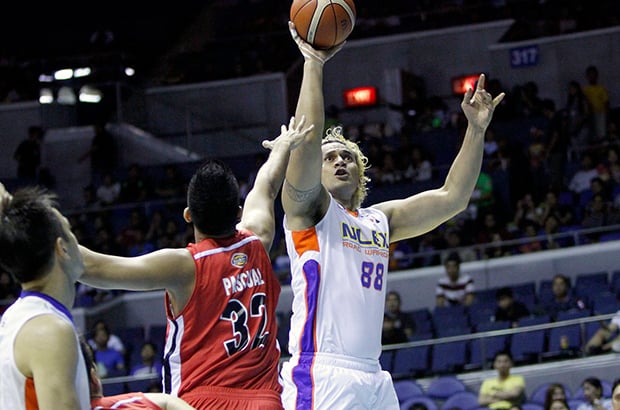 And with eight games done, Asi Taulava is relieved that the Road Warriors are at an even footing with a 4-4 record.

“We’ve been so inconsistent throughout this whole conference,” he said following NLEX’s 88-75 win over Blackwater. “We need to follow this up and get some momentum, get ourselves ready for the playoffs.”
Knowing the importance of the matchup against the Elite on Easter Sunday, the 43-year-old big man is pleased to get the game out of the way.

“If we had lost to Blackwater, we might as well kiss the playoffs goodbye. The quotient will play a factor in this.”

“We have that tendency when we play against the lower teams that we don’t come out and play as well. We just have to stay aggressive on offense and especially on our defense,” added Taulava, after finishing with 22 points, 15 rebounds, four assists, and two blocks.

Taulava couldn’t wait any longer to have NLEX back on the court after a two-week break as the Road Warriors tried their best to replicate the intensity of their practices to the game.

“It was so competitive in practice. That’s what we lacked in the first seven games,” he said. “It was actually like a training camp. It was just more of scrimmages and getting there and getting after each other. Sometimes, it got a little physical in practice, but that’s a great thing because we’re preparing for the playoffs.”

And with that goal in mind, Taulava and the rest of the Road Warriors are setting their sights on Friday’s game against GlobalPort.

“The most important game for us is on Friday,” he said.