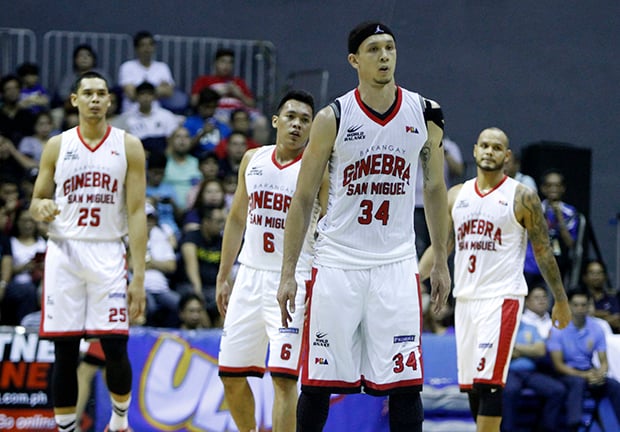 Barangay Ginebra has dedicated its impressive 110-84 victory over San Miguel Beer to Joe Devance and his father, who passed away on March 30.

Devance Jr. knew of his father Devance Sr.’s passing right before Ginebra’s game against Talk N’ Text and Sol Mercado praised his teammate for having the strength to play despite the tragedy.

“He actually found out right before the game,” Mercado said Sunday at Smart Araneta Coliseum. “It was really a testament to his character to even play through and give everything he had for us.”

Ginebra head coach Tim Cone said Devance’s parents were separated but the versatile forward had his mother Sanz with him in Honolulu to grieve with him.

“We keep him in our thoughts and prayers,” Cone said. “Without a doubt this win is dedicated to him and his dad.”

Cone added the All-Star is the only son and he had to take the responsibility of flying to Honolulu, Hawaii to preside over everything.

Mercado, who lost his father three years ago, knows all too well what his good friend is going through.

He added their usually jolly teammate has kept in touch with them through chat.

“When you get to a certain age when your parents start passing away, it’s a difficult time,” Cone said.