Rain or Shine rolls past Blackwater for 3rd straight win 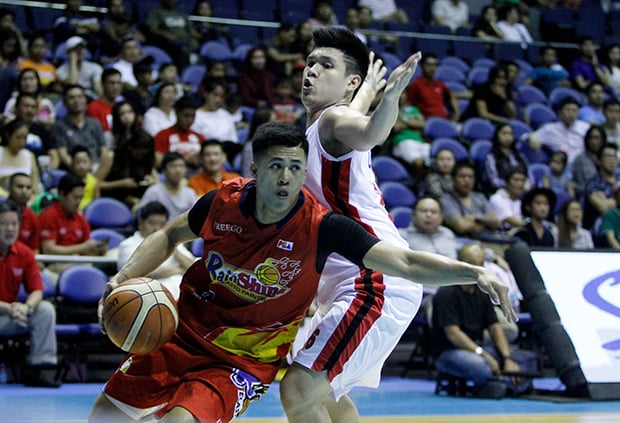 RAIN or Shine mustered one big surge in the stretch to fully quash any Blackwater threat and coast to a 118-107 victory Sunday that put the Elasto Painters right where they wanted in the Oppo-PBA Commissioner’s Cup at the Smart Araneta Coliseum.

Jeff Chan scored seven of his 12 points in that crucial 12-2 run which JR Quinahan and Chris Tiu helped spark and fuel as Rain or Shine erected a 111-98 lead before going on cruise control the rest of the way.

With their seventh win in 11 games, the Elasto Painters can even vie for the No. 2 spot should the likes of San Miguel Beer, Barangay Ginebra, Alaska and defending champion Tropang TNT do not get seven wins at the end of the 11-game eliminations.

For sure, Rain or Shine is assured of getting to at least a best-of-three duel against another top six team in the quarterfinals that start on Sunday.

“It’s really very messy right now,” said E-Painters coach Yeng Guiao, referring to the standings. “I dont know the scenarios now. We just need to wait and see who we’ll be matched up against.”

Getting to the spot sure wasn’t easy, even with Rain or Shine parading a new import in Pierre Henderson-Niles against a Blackwater team that gallantly fought on in a bid to act out the spoiler’s role.

“It was still a struggle for us,” said Guiao.

Niles arrived just Saturday evening and hardly had time to fully practice with his new team. Before sitting out the last 2:12 of the game due to cramps on his left leg, the 6-foot-8, 270-lb Niles managed 12 points and six rebounds in just a little over 25 minutes of action.

Guiao prefers looking farther down the road. “I think the potential is there, the upside is good.”

“We have a week or so to get him into gameshape, to get him to gel with team. But he’s a solid player. He gives us a post presence inside that we didn’t have before. We have a match against bigger imports now. He can provide us that matchup.”

Guiao also has big expectations at another facet of Niles’ game.

“Offensively, I think the upside is still good for him,” said Guiao. “He can score. He just needs to get familiar with the system, his teammates.”

The Rain or Shine locals took good care of that area as Quinahan wound up with 15 points, while Jeric Teng,Jewel Ponferrada and Raymond Almazan each finished with at least 10 points.

Blackwater, eliminated as early as a week ago, absorbed its fifth straight loss and officially bowed out of the tourney with a 3-8 slate.

The Elite seemed ready to give up the ghost when it trailed by as many as 15 points early in the third quarter, but showed they won’t go out without a fight when they trimmed the deficit to just four after three quarters and threatened to within three twice, the last at 96-99, still 5:09 to go.

Quinahan then connected on an undergoal stab and then stole the ball that resulted in a Chan fastbreak. Following another Quinahan swipe,  Tiu boomed in a triple Erram broke the before Blackwater silence with a putback 98-106.

Chan’s layup and corner trey following a Tiu steal then made it a 13-point game.

Blackwater’s last gasp came when Lastimosa strung up five straight points that brought the Elite within 103-111. But time was not on their side and Rain or Shine held steady for the remainder of the game.