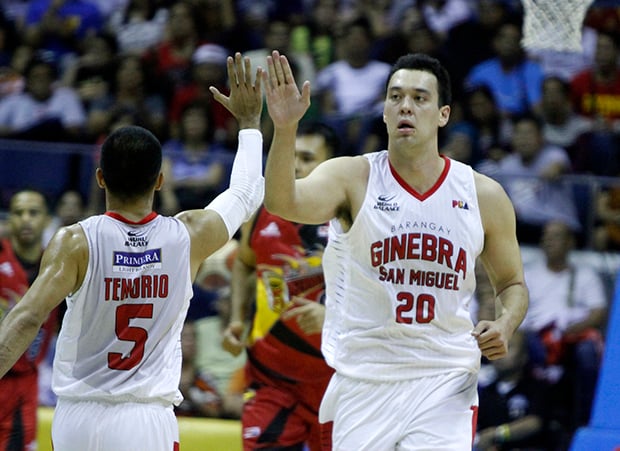 Greg Slaughter has truly come to his own this 2016 Oppo PBA Commissioner’s Cup.

And a testament to that is the Cebuano giant leading the Best Player of the Conference race at the end of the eliminations, putting him at a prime position to snag his first BPC award.

The energetic Aces forward stabilized the ship for his crew all conference long to help the Aces wound up as the third seed.

Terrence Romeo, meanwhile, ended up in third with 33.0 SPs, as he once again led the conference in scoring with 26.4 points, to go with 3.4 rebounds and 3.7 assists in a forgettable run for GlobalPort.

TNT skipper Jayson Castro sits at fourth with 30.3 SPs, while NLEX workhorse Sean Anthony is at fifth with 29.9 SPs.

Rounding out the top 10 in the race are San Miguel sniper Marcio Lassiter (28.9 SPs),