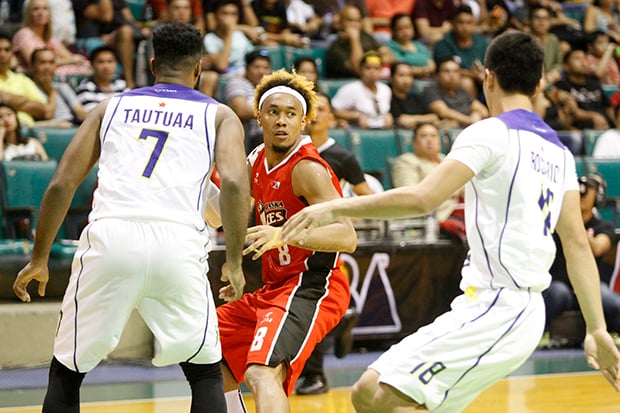 Despite all of the things he did, Calvin Abueva’s efforts still weren’t enough to lift Alaska over TNT in Game 1 of their best-of-three quarterfinals series.

Taking matters into his own hands, the Aces’ energizer bunny did it all, carrying the bulk of the load to pull his team back from a 15-point hole and make it a close game.

But it wasn’t meant to be for Alaska, as Troy Rosario caught fire and gave the Tropa a 106-99 win on Sunday.

What caught the Kapampangan forward by surprise was the torrid shooting of the rookie Rosario, who went 7-of-10 from threes for a career-high 31 points.

But Abueva remains defiant, as he believes that Alaska will be able to bounce back and eventually, advance once again to the semifinals.

Game 2 is on Tuesday at Smart Araneta Coliseum.