No. 1 Beermen not taking Hotshots lightly 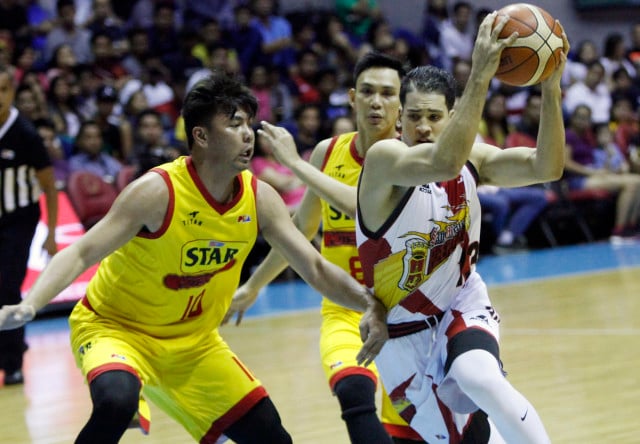 With the odds stacked heavily on their side, the San Miguel Beermen pursue their drive for a third straight championship, looking to deliver the knockout blow on the Star Hotshots in their quarterfinal matchup in the Oppo PBA Commissioner’s Cup at the Smart Araneta Coliseum Monday night.

It’s a duel between the playoff top seed and the last seed, with the latter needing to win twice in a row to steal the matchup.

As the elims topnotchers, the Beermen automatically advance to the Final Four with a win Monday or Wednesday.

SMB coach Leo Austria said they would take on the Star Hotshots with a lot of caution.

The league has seen a number of teams surviving a twice-to-win disadvantage. Star coach Jason Webb is optimistic his team has got what it takes to do the trick.

“Even we’re in a twice-to-win disadvantage, at least we’re there. We’re alive and we’re fighting,” Webb said.

But the Hotshots really have to step up if they’re to neutralize SMB’s enormous firepower.

For the record, they suffered their worst defeat in the elims at the hands of Tyler Wilkerson and his teammates, 98-117.

Even with Fajardo not in the best of shape, the Beermen rolled into the playoffs with eight wins against three losses.

Meanwhile, the Hotshots needed to win their last game in the elims versus the Mahindra Enforcers, 86-73, to salvage the last quarterfinals berth.

They have been on an on-and-off ride. Worse, James Yap is out with a strained calf.