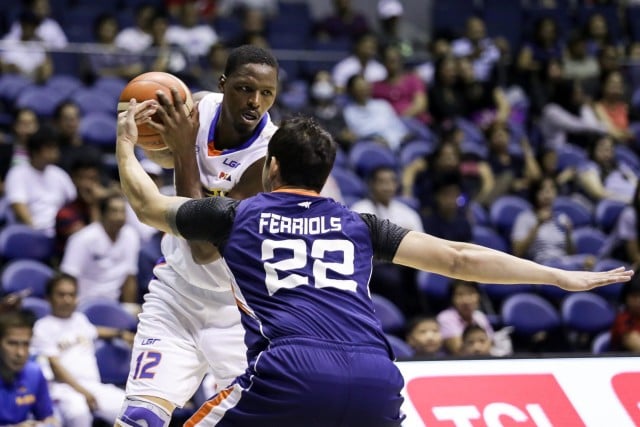 Meralco hopes to continue its impressive run as it shifts its focus on the playoffs.

However, progressing to the next phase of the 2016 Oppo PBA Commissioner’s Cup will have to go through a familiar opponent in NLEX.

The two teams cross paths anew in the quarterfinals, just like last year when the Bolts advanced to the semifinals.

And this year, Meralco will once again have the leverage as it owns the twice-to-beat advantage as the number two-seed.

Though the Bolts ended the eliminations on a sour note, a 103-90 defeat to Ginebra, the team is still upbeat with their current standing.

“It’s been a great experience. We’ve learned a lot and a lot of guys have been developing. We just look atvthe positives and hopefully, continue to grow from there,” said Jared Dillinger.

But NLEX will be more than ready for the challenge once again.

“Bilog ang bola. If we could execute our defensive gameplan, I think we have a good shot of at least getting a win in the quarters,” said Boyet Fernandez.

And he has a reason for his optimism. The Road Warriors trumped over the Bolts, 104-99 last March 11, where super import Al Thornton dropped 38 points.

Replicating that feat would be difficult, but NLEX would rather chose to die trying than to surrender.