TNT looks to finish off Alaska in Game 2 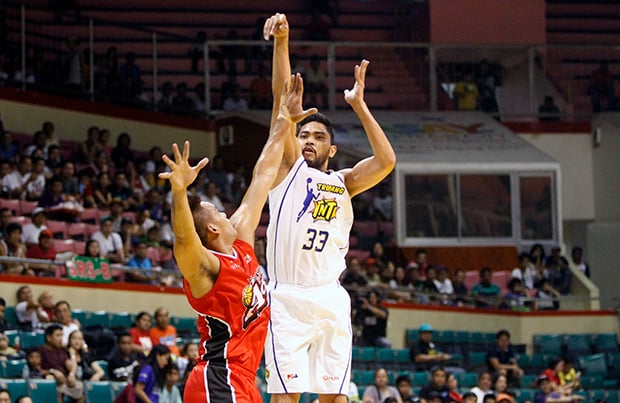 Tropang TNT tries to make a key step in its title-retention bid as the Texters go for a two-game sweep of the Alaska Milk Aces in their Oppo PBA Commissioner’s Cup best-of-three quarterfinals showdown at Smart Araneta Coliseum Tuesday.

A follow-up on their 106-99 victory Sunday will send the Texters into the best-of-five semifinals versus the winner of the Meralco-NLEX quarters matchup.

Largely behind a career best game of top rookie Troy Rosario, the Texters bucked the Aces’ endgame siege for the decisive head start in the short series.

The Aces now need to win two in a row to salvage the series and stay in the running for a third straight PBA finals.

TNT coach Jong Uichico said they barely beat Alaska at the finish Sunday and they couldn’t discount an Alaska comeback in Game 2.

“You can’t afford to relax against Alaska,” Uichico said.

Rosario dished out his best game since entering the PBA as the second draft choice, firing away seven three-pointers and a total of 31 points as the Texters beat out the Aces in a duel marked by wild momentum swings.

The Texters outlasted the Aces on a strong windup worked by Rosario, Jayson Castro and Ranidel de Ocampo.

The two teams are now even-steven in the tourney with Alaska winning their elims-round tussle at 108-100.

That victory was part of a searing five-game streak the Aces scored at the start of the tourney behind import Shane Edwards.

But that seems too long ago now. The Aces have been struggling as of late, losing four of their last six games.

But one can’t really count out the Aces.

“We will battle as we always do and see what happens,” said Alaska coach Alex Compton.