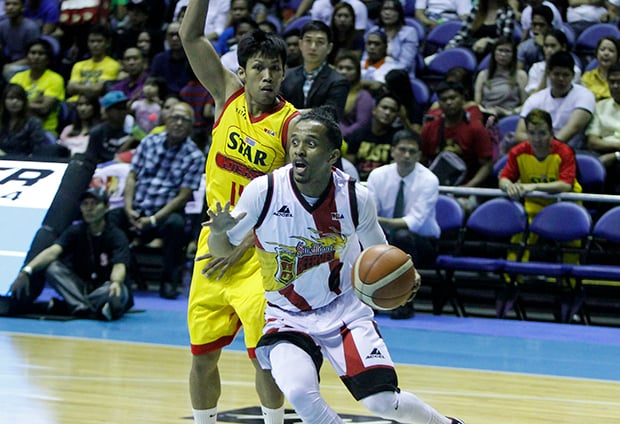 San Miguel Beer stayed in the hunt for a third straight championship as the Beermen overcame a tough stand by the Star Hotshots, eking out a pulsating 103-99 win in their do-or-die duel in the Oppo PBA Commissioner’s Cup quarterfinals at Smart Araneta Coliseum Wednesday night.

The Beermen played catch-up basketball almost throughout before seizing the moment at endgame, salvaging a spot in the Final Four versus the Rain or Shine Elasto Painters.

Chris Ross was all over the floor in the crunch, coming up with a lot of hustle plays and delivering the biggest buckets in their tough grind.

Tyler Wilkerson carried SMB on his shoulders through the first three quarters before getting the needed help from Arwind Santos, Junmar Fajardo and Ross.

Fajardo tied the count on a short stab with 2:10 left to play, then Ross scored on a drive then two charities, enabling the Beermen to steal the game.

Fajardo, Santos and Ross came through at the finish, thus, preserving Wilkerson’s shining stats line with 46 points and 17 rebounds.

With tremendous efforts from their starters, the Hotshots set the pace most of the first half, leading by 11 at one point at 32-21.

Ricardo Ratliffe, PJ Simon, Marc Pingris, Allein Maliksi and Mark Barroca combined for all of the Hotshots’ 54 first half production, cushioning the impact of Wilkerson’s 31 points in the same stretch.

Held to just 22 points in the previous game, the prolific SMB import scattered 16 just in the first quarter in this contest.

It was Fajardo who was neutralized this time, with the 6-foot-10 behemoth bleeding for only four points in the first 24 minutes of play.

From their 54-52 halftime edge, the Hotshots made another key move towards the end of third to reestablish a double-digit spread at 85-74. But SMB just won’t be denied.