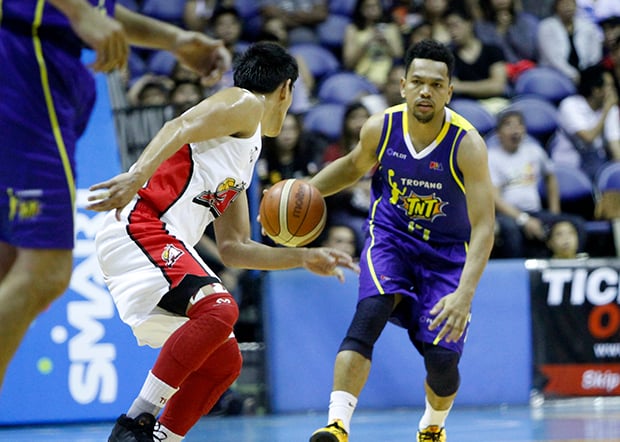 It’s either Tropang TNT lives to pursue a title repeat or Alaska Milk stays alive and remains in contention for a third straight finals.

The Texters and the Aces put their lofty aspirations on the line as they face off in a do-or-die setto Friday, determining the last team that will make the Oppo PBA Commissioner’s Cup Final Four.

Game time is at 7 p.m. at Smart Araneta Coliseum with the winner advancing to the best-of-five semifinals versus Meralco.

“We have had two exciting games versus TNT in this series and I expect the third to be the same,” said Alaska coach Alex Compton.

Both are not unfamiliar in this situation. Their duel could boil down to a question of desire and determination.

“TNT is a great team. They have players who are used to making big plays and big shots in big games. They have so many threats on offense that they remind me of the Phoenix Suns with Steve Nash when they were  at their best,” said Compton.

“But this is the great challenge of the PBA playoffs. Some plays you will bring your best and it might not be good enough to stop the great players on the other teams. But we embrace this challenge and we look forward to bringing our best in a do-or-die game versus a worthy opponent,” Compton also said.

For Castro, also at stake is his bid to win the Best Player of the Conference honors.

Abueva is also in pursuit of the same award.