Compton has no excuses for Aces’ collapse, admits Bolts were better team in Game 2 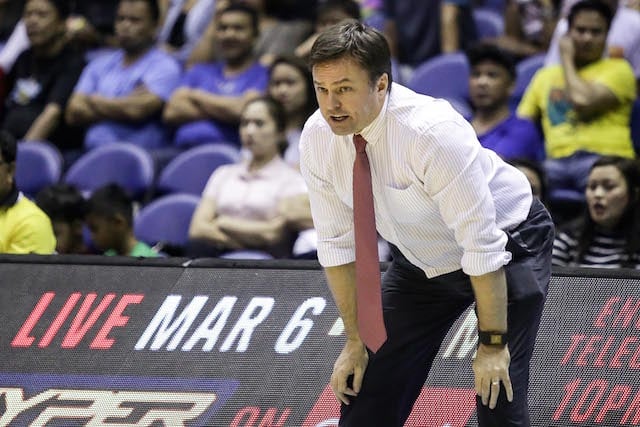 Alaska head coach Alex Compton could’ve said his team missed the contributions of its injured key players in JVee Casio and Vic Manuel during a futile fourth quarter in a loss to Meralco in Game 2 of their semifinals series on Wednesday.

It would’ve been understandable considering how vital Casio and Manuel are and yet Compton offered no excuses following a late collapse.

Asked how the Aces lost in a game where they led by as much as 14 with only nine minutes left, Compton simply put it this way: Meralco was the better team in Game 2.

“I thought our transition defense was poor and our rotations were late. So that’s something we gotta clean up. You get into the playoffs, again, we have a high respect for Meralco. I don’t know if the fans are aware of how good they’ve been playing this conference, but I will say, they earned being tied for first. They did a great job, they did a great job down the stretch here,” Compton said.

“They’re kinda like us. They won’t stop coming and that’s just how it is,” Compton added. “And the truth is, they executed down the stretch. But really more than anything, they made their shots down the stretch.”

The Aces made shots in the first three quarters but it was the exact opposite when it mattered most. And in contrast, the Bolts got their game going in the crucial stage after having a subpar first 39 minutes.

Meralco, who shot just 38% from the field in the first half, went 12-of-21 in the fourth quarter with veteran swingman Jared Dillinger leading the way down the stretch.

“It’s a series. Now it’s a best-of-three. They stepped up in a big game and they showed great character then they made shots and we didn’t. They were making shots, we couldn’t put the ball in the hole. We got a little dribble happy instead of moving the ball. We’re not really a dribble-oriented team and we gotta be better about that.”