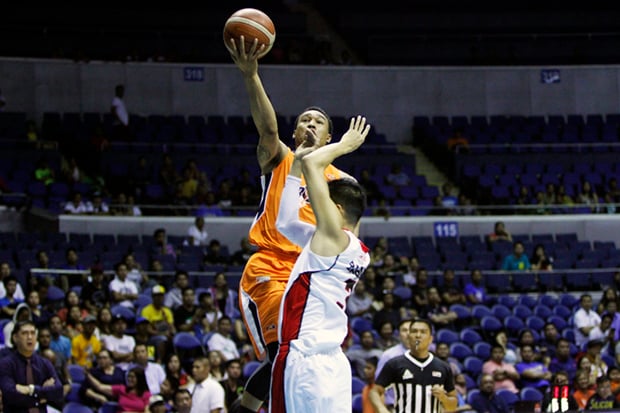 It’s Game 4 of the Commissioner’s Cup Finals and Alaska is on the verge of barging into their third straight Final appearance. Meralco, after a very commendable performance in the elims, is now on the edge and is in danger of missing the bus to their first ever Finals appearance. Will the Bolts push back against the Aces here to force a game 5, or will Alaska succeed in pushing them out of the picture?

Meralco and Alaska played things tight in the first half of game 3, but the Aces eventually kicked things into high gear in the second half to break the game open. Though key players Sonny Thoss and RJ Jazul both underwhelmed again, that hardly mattered as the Bolts couldn’t get much going either.

– Rookie sensation Chris Newsome was blanked in game 3, scoring 0 points on 0/7 FG shooting and, worse, turning the ball over 7 times. It was a rude awakening for the former Blue Eagle, who should have a good bounce back game lest the Bolts falter again in game 4.

– Four of Meralco’s starters scored in double digits, but they didn’t get a lot from their reserves, who, as a unit, put up a paltry 20 points. In contrast, Alaska’s bench dropped 57 markers. Meralco shot well from beyond the arc (40%), but they didn’t attack the basket enough, as proven by shooting just 12 free throws (making 6) for the entire game.

Meralco had trouble keeping in step with Alaska mainly because hey kept coughing up the ball. For coach Norman Black’s wards to avoid elimination, they have to check their turnovers, get more production from their bench, and be more aggressive in attacking the hole.

– Calvin Abueva was pretty much unstoppable and just went out to impose his will on the Bolts. If he continues to dominate, Meralco might as well kiss their Finals chances good bye.

– The triumvirate of Rob Dozier, Calvin Abueva, and Chris Banchero combined for 65 of the team’s 92 points in game 3.  Dozier and Abueva are pretty much expected to produce big numbers, but Banchero’s production gave ALA a huge lift. If the Aces can get another good performance from Banchero, they will have a good shot at finishing off the Bolts.

– Alaska dominated the inside scoring and, once again, their defense forced Meralco into numerous errors. As long as Alaska has the same intensity and efficiency in game 4, there should be big chance they’ll move on to the Finals.

– For back to back games, Rob Dozier has dominated in the paint for Alaska, which Onuaku has to rise to the occasion and do a better job for Meralco. Onuaku was one of the toughest imports in the elims, but he has been hampered in the semis by the veteran Dozier, whose defense has been stifling. Onuaku needs to be more dominant for the Bolts to have a strong chance of extending this series, while Dozier all has to do is put up his usual numbers for the Aces to have the inside track.