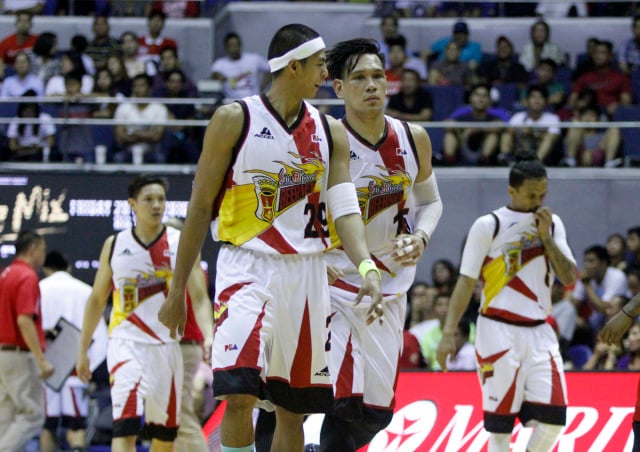 Winning a Grand Slam is the greatest achievement for any team in the PBA, but it’s not an easy feat as only four teams have been able to pull it off.

Crispa did twice, while San Miguel, Alaska, and San Mig Coffee did it once with the Mixers (now Hotshots) the last one to do it in 2014.

San Miguel, having won the championship in three of the last four conferences prior to the ongoing Commissioner’s Cup, has been the team tipped to achieve a Grand Slam.

The Beermen went two-of-three last season and after their historic title run last conference in the Philippine Cup, there has been clamor for them to go for it.

Unfortunately for San Miguel and its fans, the team just couldn’t get it done in the Commissioner’s Cup. The Beermen had a terrible stint in the mid-season conference last season as they failed to make the playoffs and on Sunday, they bowed out of title contention after an embarrassing 124-99 loss to Rain or Shine in Game 4 of their best-of-five semifinals series.

SMB head coach Leo Austria knows the trail to the Grand Slam is a difficult hike and champions are usually handicapped with less time to prepare for the following conferences.

“Just like what happened to us last year after winning the all-Filipino, they were chanting ‘Grand Slam! Grand Slam!’ and that’s a long shot. That’s very hard to do,” Austria said.

Austria added higher-seeded teams of the Philippine Cup can only recruit imports below a designated height limit while the teams who are at the bottom of the 12-team ladder can bring in bigger imports.

For Arwind Santos, however, their failed bid for a Grand Slam is just another chapter for their next one.

Santos has been phenomenal in their 2015 Philippine Cup title run and the 2013 MVP knows they can be better despite the loss.

For Alex Cabagnot their Grand Slam dreams are over but he’s seen positives this time around.

San Miguel finished ninth in the 2015 Commissioner’s Cup and was nowhere near their championship form, but in this year’s conference they managed to creep into the semifinals amidst their struggles.

“Grand Slam is out of reach obviously, if you look at the silver linings, last year around this time we were already in vacation, now we’re in the semis it’s a big jump,” Cabagnot said. “Look at the positives.”