Abueva vows Aces will do whatever it takes in Game 5 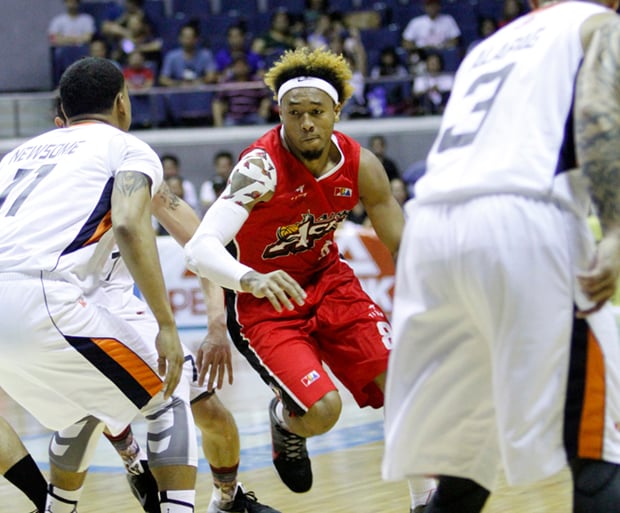 Despite losing its first crack at booking a return trip to the Finals, Calvin Abueva is still confident Alaska won’t let the opportunity slip away again come Game 5.

Aces head coach Alex Compton, though, knows it’s not that easy especially, showing great concern of what could happen if his team plays the same way in the winner-take-all for the last finals berth.

“If they play this way and we play this way, they’re going to the Finals,” Compton said. “We talked about what we didn’t want to happen happened. Now it’s down to a do-or-die. Give them credit. They’re all over the place. This team reminds me of us when we’re playing our best. They deserved it, they played really well.”

Meralco outworked Alaska in all fronts with the Bolts dominating the rebounding department, 50-39, dishing out more assists 19-13, and having more fastbreak points,13-8, all of which are the usual strong points for the Aces.

Compton also noted the poor shooting of his team. Alaska shot just 33% from the field compared to Meralco’s 49% clip.

“We’re taking the wrong shots. It’s too many guys wanting to be the hero, and so you take a bad shot, you take a low percentage shot, you’re gonna shoot a little percentage. That’s not how we play,” he said.

“You give credit to Meralco because they deserved it, they did a good job defensively, but the way that we played tonight on offense has never been anything I ever emphasized. I was pretty upset about it. I told the guys it doesn’t mean you’re a jerk or that you’re selfish. It’s just they’re trying to do it the wrong way and that’s never what we’ve thought, never what we’ve done. We got to be a lot better.”

“Hopefully, we show up a little bit more like we did in Game 3, but certainly tonight was no recipe for success,” said Compton.

Game 5 is on Wednesday night at Smart Araneta Coliseum.