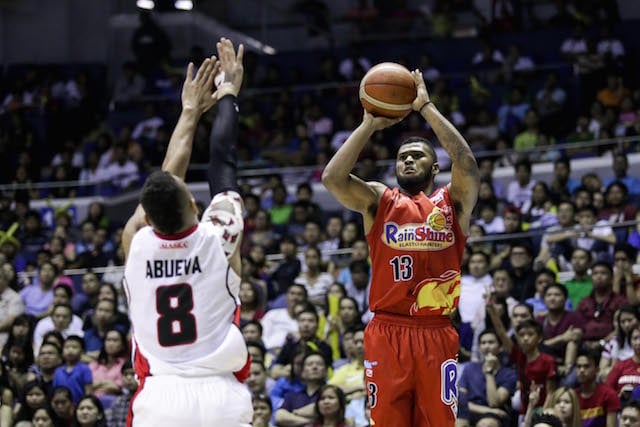 With Rain or Shine gunning for a Finals sweep, the rookie, who has been consistently delivering good performances throughout the series, had his best game yet with 30 points.

Unfortunately for Ahanmisi, his efforts still weren’t enough as the Elasto Painters fell to Alaska, 111-99, on Friday.

“I’d rather have zero points and win the championship rather than have 30.”

Despite the missed chance to clinch the title, Ahanmisi remains positive about his team’s situation.

“This one hurts, but we’re up, 3-1, and we got another chance on Sunday. It’s just a lot of defensive lapses. We couldn’t come back because it’s too deep of a hole already,” he said.

In contrast to their first three games, Ahanmisi said the Elasto Painters approached the game with a different mindset.

“We didn’t handle their pressure that well. We had 13 turnovers already in the first half. That’s what dug us a deep hole, and on defense, they were comfortable and their confidence grew as the game went on,” he said. “Alaska came to play today and we have to do our part. The whole team didn’t come to play today in terms of defense.”

“Hopefully, the way we played in the last couple of seconds will spill over to the next game,” he said.