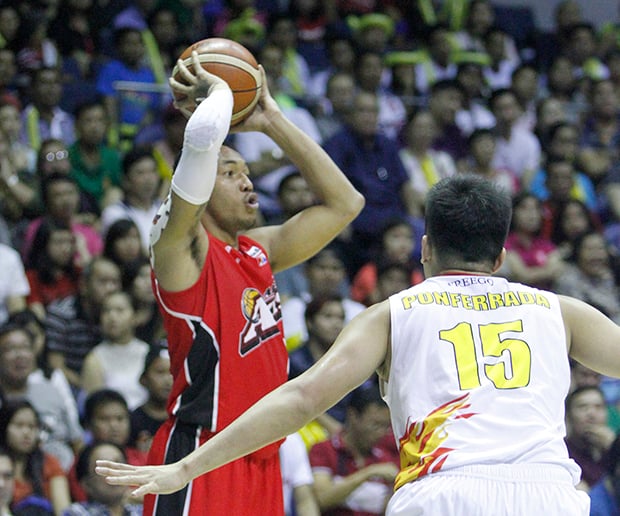 Back in the PBA Philippine Cup, Alaska was part of history when a team down 0-3 in a seven-game series came back and won the title.

Unfortunately for the Aces, they were on the other side and the victor was the San Miugel Beermen.

This Commissioner’s Cup Finals the Aces are looking to make their own history and rally from their own 0-3 deficit.

Alaska closed out Game 5, with an impressive 86-78 victory, trimming Rain or Shine’s series lead to just, 3-2, with Calvin Abueva leading the way. The Aces have now won two in a row, but Abueva knows they’re just halfway there.

Alaska held the Painters below 100 points for the second straight game after allowing 107.3 points per outing in the first three games of the series.

Only two Painters scored in double figures, Jeff Chan and Paul Lee who had 17 and 16 points, respectively while vocal Painters import Pierre Henderson-Niles, who said he deserved to win the Best Import award, was limited to six points, on 3-of-9 shooting.

Abueva added it was their import Rob Dozier, who got the team to play with a sense of urgency.

Complacency, however, should not show for the Aces and what they should do is showcase their hard work.