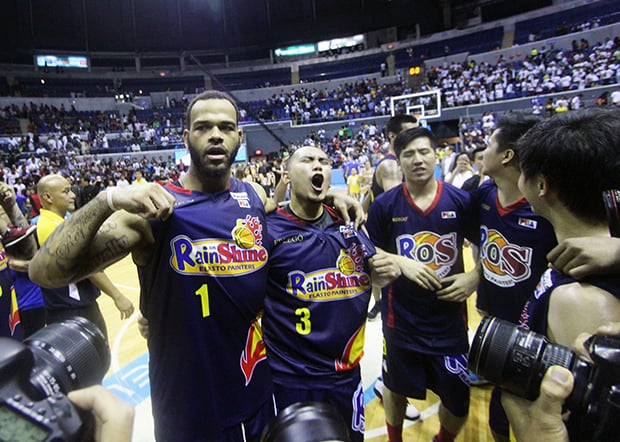 Paul Lee sees it as “the perfect comeback.”

Hounded by his left knee injury the whole season, Lee also faced doubts whether he could still return to his old deadly form.

But not from his head coach.

“Marami na ring nagduda kay Paul noon, kung makakabalik pa sya, kung makukuha pa nya yung laro nya,” said coach Yeng Guiao. “Pero ako, hindi ako nagduda. He is an exceptional talent, he is really clutch. When the game is on the line, I have no doubt that with the ball in Paul’s hand, he will not necessarily automatically win the game for you, but he will make the right decisions and he will give you a chance of winning it.”

So Lee repaid his coach’s confidence in him and delivered in Game 6 with a blazing start as Rain or Shine claimed the 2016 PBA Commissioner’s Cup title on Wednesday with a 109-92 victory.

Lee was just grateful he managed to stage a triumphant return after always missing the action in the playoffs in the past due to injuries.

And the fact that he recovered from a pesky injury to win it all just made things even sweeter.

“Sobrang tuwa ko lang na natapos ko ito. Lagi na lang kasi ako nai-injury pag playoffs na. Wala ng mas tatamis pa dito,” he said, looking back to that 2012 Governors’ Cup run for Rain or Shine where he had to celebrate the title on the sidelines due to a shoulder injury.

Rain or Shine just proved that with the team in strength, it is definitely one of the league’s forces to be reckoned with.