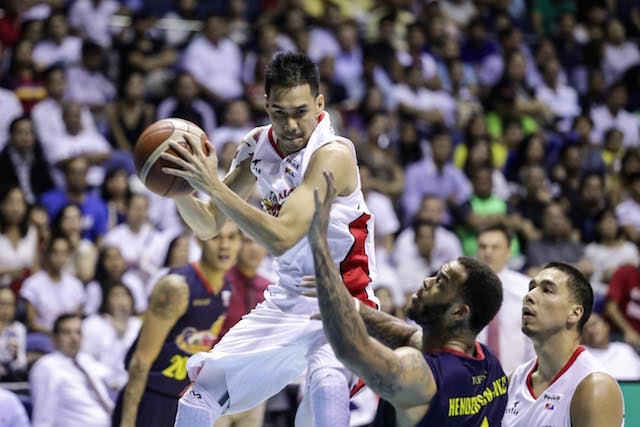 Rain or Shine head coach Yeng Guiao captured his seventh PBA title and in the process derailed his former player’s bid for a fourth championship.

Cyrus Baguio was a vital member of the 2006 Red Bull team that won the Fiesta Cup crown with Guiao at the helm.

On Wednesday, however, the two were on opposing spectrums with the jubilant Guiao celebrating with his ELasto Painters while Baguio left Smart Araneta Coliseum empty handed as he was denied, yet again, of a fourth title, something he’s been searching for three years now.

Baguio, though, has nothing but praise for his old mentor.

Baguio was only 25 years old when he won his first title under Guiao. At 35, the veteran shooting guard still has high respect for him.

Not only does Baguio thank Guiao for being there at the start of his career, he also hopes Guiao can impart his knowledge and wisdom to more PBA players in the future.