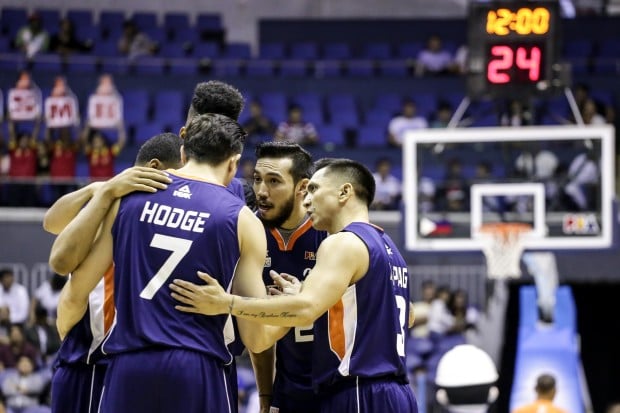 Meralco wanted to add more depth and versatility coming into the 2016 Governors’ Cup, knowing those areas of the game are things that make a championship team.

The Bolts believe they were able to satisfy those needs by bringing in Allen Durham and Mohammad Jamshidi.

Meralco sees Durham having the same impact as its former import Arinze Onuaku, who led the team to a game shy of making the Finals, while Jamshidi’s all-around game strengthens the Bolts in areas where they could use more help.

“I think he (Jamshidi) is a guy that, what coach Norman (Black) liked, fills up a lot of holes that we need to fix. He’s not
exceptionally good in one skill, but he’s good in a lot of things,” said assistant coach Luigi Trillo. “He can bring down the ball like a point guard, he can hit the three. Off the pick and roll, I haven’t seen a guy like him where he’s making assists, making his teammates better.”

Alapag was still with Talk ‘N Text when he first saw what the 6-foot-5 Durham, who was the import for Barako Bull two seasons ago, can do.

Interestingly, Jamshidi, the 24-year-old Iranian, is also a guy Alapag used to play against.

“He definitely gives us an added weapon on the court and just his versatility because he can shift from really one, two, and three.”

The 6-foot-3 Jamshidi has been part of the Iranian national team for a long time. He’s a member of the team that won the gold medal in the 2013 Fiba Asia Championship in Manila, silver in the 2014 Incheon Asian Games and bronze in last year’s Fiba Asia tournament in Changsha, China.

With that experience and exposure, no wonder the Bolts are licking their chops that they have a player like Jamshidi in tow.

“He actually reminds me, his quickness is Alex Mallari-like. He’s a guy who can defend, but he’s got the smarts of Duremdes off a ball screen. He’s coming off a screen and he’s getting guys involved,” Trillo said, referring to Star’s Alex Mallari and former PBA star Kenneth Duremdes.

“So looking at that, those two guys are quality imports and you look that at the other teams where they use twelve guys – Alaska’s deep, San Miguel’s deep, TNT is deep, Rain or Shine is deep, the feeling I get is with adding a piece like that, if you do reach the semis or finals, you’re going to be deeper.”