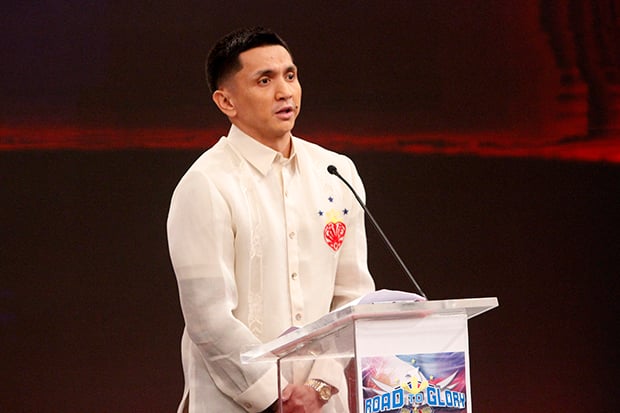 The Texters have the most number of players in the team with four, followed by the Elasto Painters with two then by the Beermen, the Hotshots, the Gin Kings and the Batang Pier with one each.

Coach Tab Baldwin announced the composition of the team prior to their game against China in a pocket tourney in Bologna, Italy – the closing part of their European training for the Manila OQT.

Among who made it, Norwood is the most veteran, being a fixture in the national team from the 2007 FIBA Asia Championship in Tokushima, Japan.

The George Mason U product also served duty in three of the next four FIBA Asia meets and in the 2014 FIBA World Cup in Spain.

De Ocampo is the player with the second most extensive service lent to the national team, starting a long stint with Gilas in the 2010 Guangzhou Asian Games. He’s been a Gilas regular up to present.

Aguilar made his debut as a national player in the 2009 Tianjian Asian joust under coach Yeng Guiao. But he’s been in and out, making strides in the 2014 World Cup then begging off for the 2015 FIBA Asia Championship in Changsha.

Pingris, Chan, Castro and Fajardo all came on board in the 2013 Asian meet in Manila. All four stayed with Gilas in the 2014 World Cup then Chan and Fajardo left.

Romeo filled one of the spots vacated by the Gilas veterans in 2015, and the young Globalport star proved to be a big revelation in his first international tourney – the Jones Cup in Taipei.

Reyes now takes his turn to make his Gilas debut. At 32, he finally made the national team after being cut on account of an injury in 2009.