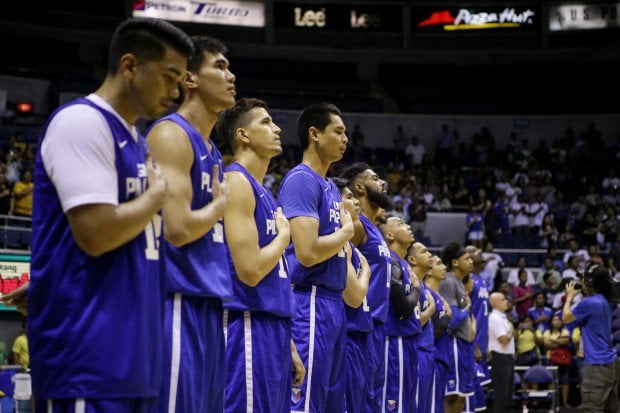 In Gilas Pilipinas, no one gets left behind.

Star’s Marc Pingris made it clear that despite the cuts which left Alaska’s Calvin Abueva and Ginebra’s LA Tenorio out of the final lineup, the two will remain as vital parts of the team’s quest in the Fiba Olympic Qualifying Tournament here next week.

As the two’s absence loomed in the team’s first practice at Mall of Asia Arena late Thursday night, coach Tab Baldwin acknowledges the pain for the team following the decision to trim the roster down to its final 12 players.

“When you spend the time like we did, a bond is formed. When you break that bond in any way, it’s tough on everybody. Calvin and LA are close with these guys as they always have been, and they’re close to the coaching staff. We all feel the impact of that, it’s very unpleasant, but there’s just no way to cramp 14 into 12. It’s impossible,” he said.

Though the chance is slim, Abueva and Tenorio can still actually make the team if there are any unfortunate injuries in the coming days before the OQT.

“As the days pass and we settle to who we are as these 12, hopefully we stay healthy. But if we don’t, we know we’ve got those guys we can bring if we need to.”

While it may have been a painful experience, especially to Abueva who took the news hard, Pingris said he told the energetic forward to never give up on the national team.

And if there comes a time that Abueva will be called up for national duty again, Pingris hopes he will still be ready to fight for the country.