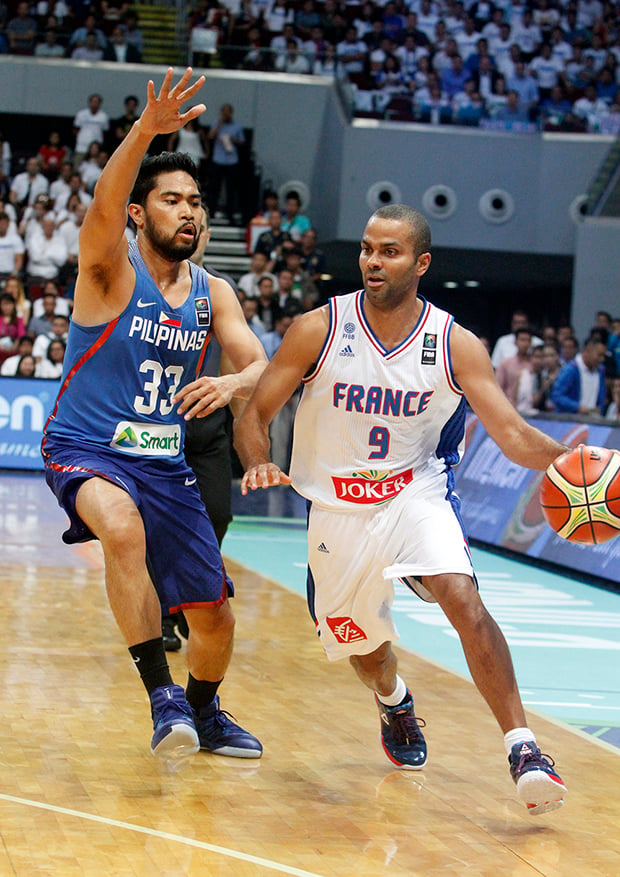 As the Philippines bowed out of its Olympic dream on Wednesday, it also lost a key cog in Ranidel de Ocampo.

De Ocampo wrote on his Twitter account @jutaca33: “I officially announce my goodbye [to] playing in Gilas Pilipinas Basketball! #PUSO”

The PBA veteran averaged 1.5 points and 1.0 rebounds in 7.9 minutes in the country’s two losses.

It ends a storied international career for De Ocampo, who first donned the national team colors in 2003 as a part of the gold medal-winning team at the SEA Games in Ho Chi Minh, Vietnam.

The 6-foot-6 gunslinger was also a part of the last three incarnations of the Gilas program, seeing action in the 2014 Fiba Basketball World Cup, as well as the 2013 and 2015 Fiba Asia Championships.

Gilas head coach Tab Baldwin thanked the TNT forward for his contributions to the national team.

“Thank you for your service, commitment and class. It’s been a privilege to work with you as both a player and person.”

De Ocampo had previously said that this OQT campaign would be his last.

“Bilang isa sa mga mage-exit sa Gilas, gusto ko rin matapos ng maayos (As among those leaving Gilas, I would like this to end well),” said De Ocampo a day before the tournament started.