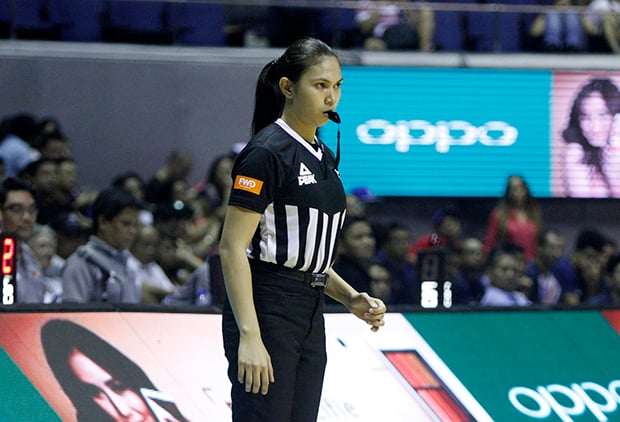 Change is coming in the PBA.

Just days after the league announced women referees would officiate in games, a lady donned the black-and-white stripes for the first time in history in the opening game of the PBA Governors’ Cup.

Janine Nicandro was the first of two lady referees promoted from the D-League to the PBA and the 23-year-old immediately made an impact.

The Pagsanjan, Laguna native called a quick technical foul on Mark Borboran midway through the third quarter, which earned the admiration of PBA Commissioner Chito Narvasa.

It was Celso Rivera, a former PBA referee, who encouraged her to take up the career of a PBA official.

Nicandro said she just has to get used to the pressure of being in the PBA, especially from hecklers.