Rain or Shine looks to bounce back against Phoenix 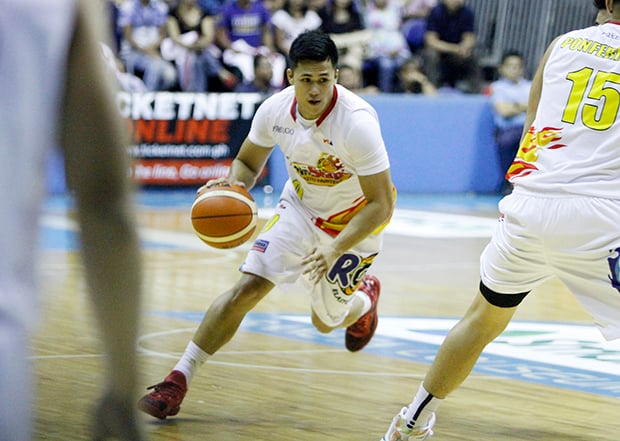 Rain or Shine coach Yeng Guiao has delivered the wake-up call on his players before they lull into deeper trouble.

It took a while before Guiao let the team out of their dugout after their disappointing loss to TNT Katropa Wednesday.

The Elasto Painters are now raring to come out, eager to bounce back versus the Phoenix Fuel Masters in their match in the PBA Governors Cup at the Smart Araneta Coliseum Saturday.

The E-Painters came charging back from a 15-point deficit and led by as many as 14 only to go scoreless in the last six minutes of their 98-101 loss to the Texters.

Marcus Simmons and the Fuel Masters are off to a worse start, having dropped their first two games against the Meralco Bolts and the San Miguel Beermen.

In the previous conference – their first since taking over the Barako Bull franchise, the Fuel Masters got off to a triumphant start opposite the NLEX Road Warriors.

But coach Koy Banal and his troops notched only two more wins later and failed to make it past the elimination round.

A tough break for coach Ariel Vanguardia and his chargers is a hard opening stretch in the tourney versus Meralco, San Miguel Beer and Rain or Shine.

As in their games versus the Bolts and the Beermen, the Fuel Masters are the decided underdogs against the Elasto Painters.

But the Beermen had their anxious moments before hurdling the Fuel Masters.

Simmons, Cyrus Baguio, Mark Cruz, Norbert Torres and Simon Enciso got into a great groove in the second quarter, seizing control and staying command through the next period.

But the Beermen stopped the Fuel Masters on their tracks late in the third, getting away with 16-to-nothing run to race ahead at 100-93 at the start of the final canto.