Yap not worried over his lack of playing time 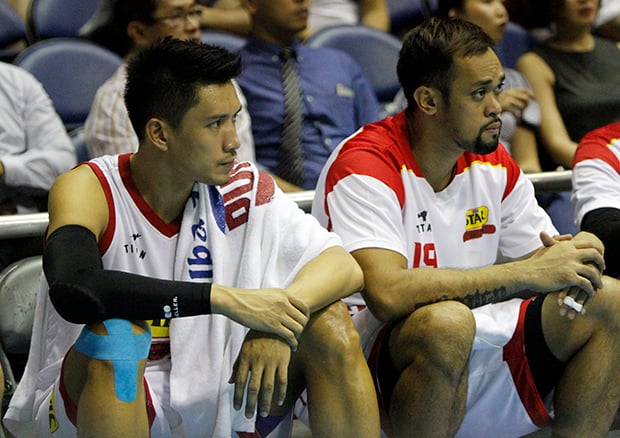 Should James Yap be concerned of his dwindling minutes for Star?

Hotshots head coach Jason Webb doesn’t think he should be.

Webb made it clear that the two-time PBA MVP isn’t in a doghouse, but rather, it’s a matter of him sticking to whoever is catching fire.

“Yung team namin, kung titingnan mo, pare-pareho yung skill level. We can’t say that these are our five best guys, hands down,” he said. “We’re going to go with the hot guy and today, it was RR (Garcia).”

Garcia got the surprise starting nod for the Hotshots and delivered in his near 37 minutes on the floor, scoring 26 points on a 11-of-13 shooting clip from the field, to go with four rebounds.

Yap, meanwhile, was limited to a spectator in the crucial junctures of the game as he went scoreless in his 14 minutes of action, ending the night on a 0-for-6 shooting clip.

The 34-year-old guard, though, is just elated that Star finally bucked the losing skid and nabbed a win in three outings.

Though Yap acknowledged the hit in his playing time with the arrival of young guys like Garcia, he would rather praise these upstarts as the Hotshots eye to move out of the cellar.