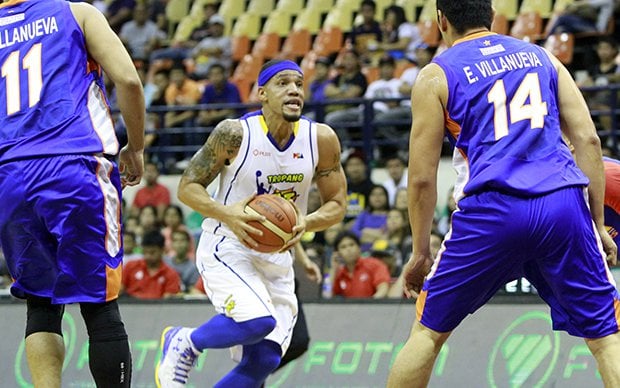 Even if these two are sister teams, NLX and TNT have gone through very different paths so far this conference. NLX opened their account with a win over BLA but have sinced lost back-to-back to SMB & GIN. TNT, meanwhile, has remained unbeaten after winning over ROS, MER, and ALA. TNT, however, has won by just an average of 2.7 points per game. Every contest has been close for TNT, and all indications point to this game between these sibling teams probably being tight as well. We can be sure that despite having strong ties with each other, NLX and TNT won’t treat each other so lovingly on the hardcourt.

In their previous game, NLX stuck close to GIN before the Kings blew the game open in the fourth period. Import Henry Walker was held to just 18 points in that game and nobody else outside of Sean Anthony scored in double-figures for NLX. That cannot happen here against TNT, which can really score in bunches. If NLX wants to win, the locals have to step up big time.

For the third straight game, TNT was able to escape with a narrow victory. They outlasted ALA, 120-118, thanks to their starting five all scoring in double-digits and their Asian import Michael Madanly propping up the second unit with 15 points off the bench. That kind of offensive firepower has been this team’s hallmark so far this conference, and they will bank on it again here against the Road Warriors.

These teams have met three previous times this season, with TNT leading the head-to-head, 2-1. TNT won in the PHL Cup elims, NLX returned the favor in the COMM Cup elims, but TNT got the better of NLX in the COMM Cup quarterfinals, where the Texters eliminated the Road Warriors, 90-88. NLX certainly will have the payback angle as they head into this encounter, while TNT wants to get solo first place with a 4-0 record.

1. HAMPERED HENRY
– Henry Walker played like a man possessed in his first two games this conference, but he was hampered and held to just 18 points in NLX’s last contest. For the Road Warriors to stay close to a team as deep as TNT, they will need Walker to be his explosive self again.

2. SEAN SETTLING IN
– One of the most important players on NLX is surely Sean Anthny. He missed the team’s first game, but his production has picked up a bit since then. He had a good game against SMB despite losing and followed that up with a double-double against GIN. If Anthony can continue to play at a high level on both ends, that will be a very good sign for NLX. Now if he can only be more efficient with his FG shooting.

3. NLX: MISSING THE LOCALS
– NLX’s locals have been missing in action for the most part this conference. In the team’s only win so far, three NLX locals scored in double-figures aside from Henry Walker scoring 44 points. In each of their two losses, though, only one local scored in double-digits. For this game, if the locals can provide ample support, the Road Warriors may just pull off an upset.

4. IMPORT QUALITY
– Much has been said recently about Jayson Castro possibly playing abroad, and it should not come as a surprise, especially based on his production of late. Castro has been putting up amazing numbers this conference — import quality numbers — and he will certainly be expected to do very well again here against NLX.

5. LITTLE PRODUCTION
– Import Mario Little had a solid debut for TNT with 18 points and 11 rebounds, but his play the last two games hasn’t exactly been impressive. With NLX’s Henry Walker one of the most explosive in the league, Little needs to play much better to ensure that TNT doesn’t fall on its backside.

6. TNT: KABILIS NG KATROPA!
– One reason TNT was able to beat ALA was the fact that TNT used speed to score. TNT’s transition game was on point, and that is definitely one weapon they can use against the inconsistent NLX Road Warriors in this encounter.

7. KEY MATCH-UP: TONGAN TUSSLE – TAULAVA X TAUTUAA
– Asi “The Rock” Taulava and Mo “Pebbles” Tautuaa will both play significant roles in this game. Both are among their teams’ best frontline players, and their match up here will be critical to see if TNT continues undefeated or if NLX can level its win-loss record.