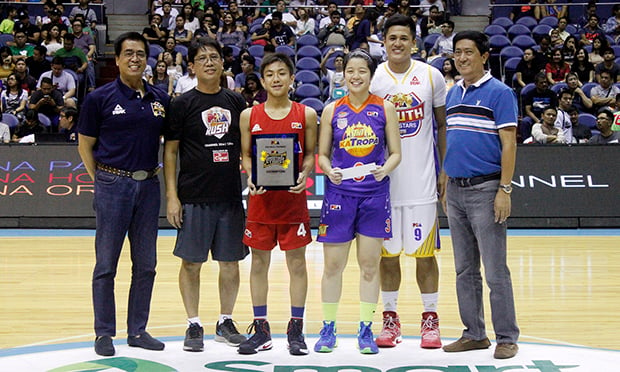 His team finished all six spots in just 1:12 to reign over the two other squads.

Cruz was joined by Regina dela Merced, Stacey Tibayan, and Willie Bautista in the winning team.

The PBA players were paired with ballers from the Women’s 3×3, Batang PBA standouts, and representatives from Cignal TV.

Terrence Romeo’s team settled for second as Romeo drained the half-court shot at the 1:21 mark, as he was joined by Francine Geli, CJ Due, and Abe Balagapo.

Scottie Thompson’s team failed to finish the course, scoring in just five spots and failed to drain a half-court shot within the two-minute time limit. He paired up with Cecille Junsay, Andrei Evangelio, and Rey Cayanan.

Global vaccines program gets $8.8B shot in the arm