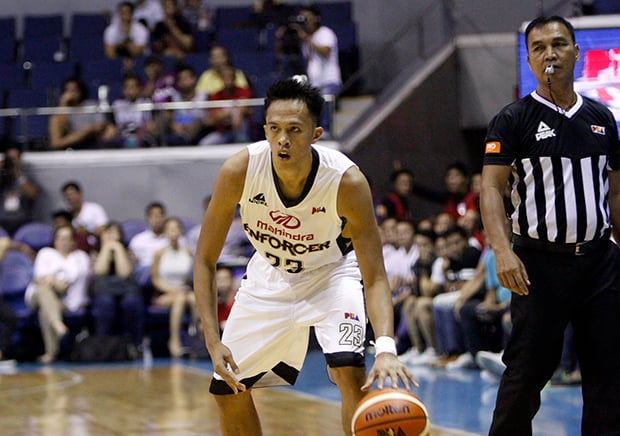 Keith Agovida repaid the trust given to him by Mahindra assistant coach Chris Gavina with a breakout performance against powerhouse Alaska last Wednesday in the PBA Governors Cup.

Challenged by Gavina to step up in the absence of injured LA Revilla, the 6-foot-2 Agovida scattered all 11 of his points in the second half, helping the Enforcer overhaul a 16-point deficit en route to a thrilling 101-95 win over the Aces.

The former Arellano University gunner said the trade during the conference break from Blackwater to Mahindra challenged him to work on his game further in the hope of earning his spot at the Enforcer.

The win stretched Mahindra’s franchise-best start to 4-0, tying tournament favorite TNT on top of the standings.

The Enforcer will shoot for a fifth straight win on Friday when they face Phoenix Fuel Masters.

Agovida is best remembered for dropping 82 points for the JRU Light Bombers during the 2008 NCAA junior basketball tournament. RD