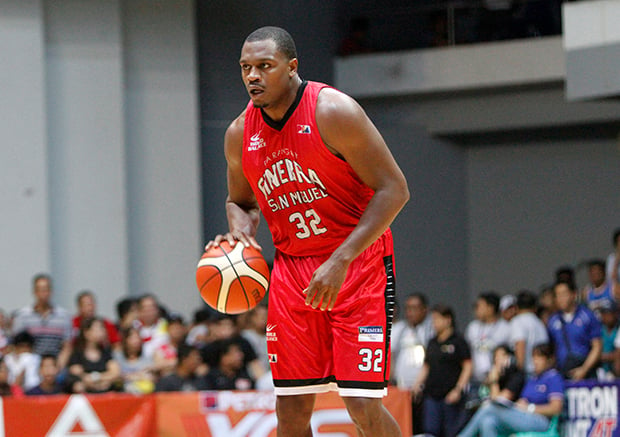 Justin Brownlee can only be meaner and simply better as he’s in town for over two weeks now and has got to know a lot more about his teammates and the PBA play.

The Barangay Ginebra Kings have high expectations on their import as they plunge back into action after the PBA All-Star Weekend, going up against the Blackwater Elite at Smart Araneta Coliseum Wednesday night.

The Kings are off to a 2-1 start with Brownlee. They gun for a third straight win and try to jack up their overall record to 4-1 as they tangle with the Elite at the resumption of the PBA Governors Cup.

Game time is at 7 p.m. with the Elite shooting for a second win in four starts.

Brownlee, a replacement to the injury-hit Paul Harris, made heads turn in a 31-point job before cramping out in his PBA debut. With Brownlee writhing in pain in the sideline, the Alaska Milk Aces escaped with a 109-100 victory over the Kings in overtime.

But the St. Johns alum has since got the Kings on track with back-to-back victories over the NLEX Road Warriors and the Meralco Bolts.

Brownlee delivered 24 points, 15 rebounds and four assists in their 85-72 whipping of the Road Warriors and churned out 26 markers, six dish-offs and three boards in their 107-93 bashing of the Bolts.

The Kings, however, have to stay focused as they could well be up for a tough challenge by the Elite and solid import Eric Dawson.

Blackwater could also be more stable with Asian import Imad Qahwash playing his second game with the team.

The Elite are at 1-2, prevailing over the Star Hotshots and showing tough losing stands against the Road Warriors and the Rain or Shine Elasto Painters.

‘Hatid-sundo’ for APORs not allowed during ECQ — PNP