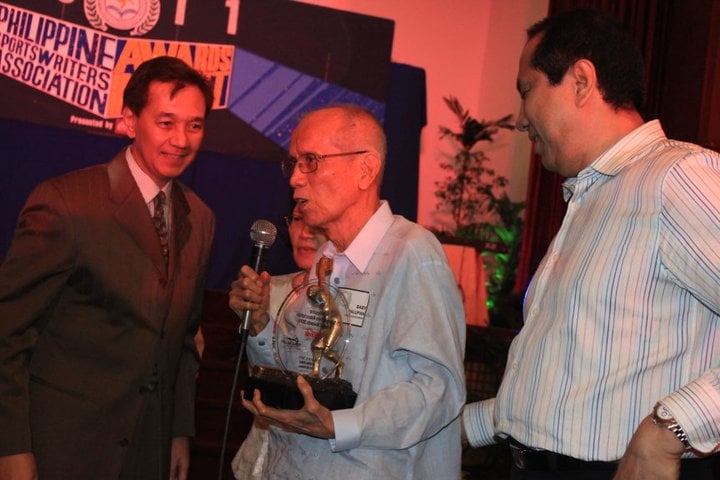 The Philippine Basketball Association honored one of the league’s winningest mentors Virgilio “Baby” A. Dalupan who passed away at the age of 92.

“I mourn and grieve over the passing of a great Philippine basketball hero, my coach and mentor, Virgilio “Baby” A. Dalupan,” PBA Commissioner Narvasa said in a statement after the news of Dalupan’s passing broke.

“Many words have already been used to describe the greatness of the man, brilliant, courageous, innovative, magical, determined, until eventually, he was aptly described as ‘an imaginative mentor, an artist with delicate brush strokes molding obscure fellows into methodical, conspiring cage killers.’ His presence did not diminish his players’ talents but instead nurtured these and made them better.

“All throughout his career, he conducted himself with integrity, dignity, class, decency and respect for others. Yet in spite of all his achievements and recognitions, the man remained incredibly humble. He raised the prestige of a basketball coach so high that he inspired many others to follow in his footsteps.
“To Coach Baby, thank you for all your contributions and for sharing your life with us. May you forever rest in perpetual happiness.”

Narvasa also expressed his condolences in behalf of the PBA.

“To Tita Nenang and family of Coach Baby, on behalf of the PBA community, please accept our sincerest sympathies on his passing. He will forever be engraved in our hearts as the Father of Philippine basketball coaches.”

Dalupan won 15 championships in the PBA, holding the record for over two decades.

He gained fame coaching UE and Ateneo in the collegiate leagues, Crispa in MICAA and the PBA, and later on, Presto and Purefoods.