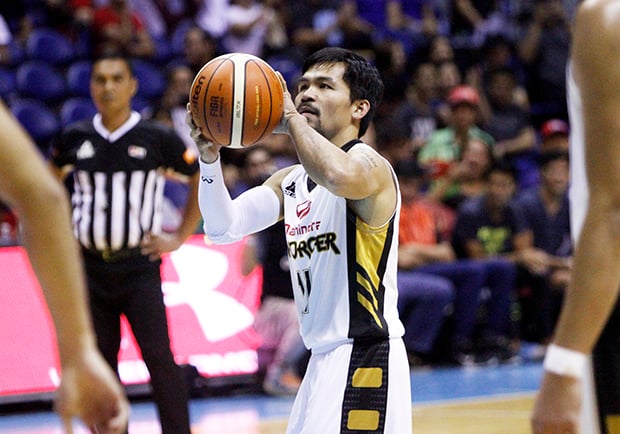 Mahindra is on track to make its first appearance in the playoffs after improving to 5-2 with a win over Blackwater on Sunday.

But for Enforcer playing-coach Manny Pacquiao said the team won’t be contented by just making the playoffs.

With the win, the Enforcer arrested a two-game losing skid to move into a tie with the Barangay Ginebra Kings in second place.

Apart from the win, Pacquiao also buried his first 3-pointer, knocking it down over the outstretched arms of Blackwater big man Kyle Pascual, to finish with a career-best four points.

Despite his longer playing time after logging just three minutes in the only other game he appeared in this conference, Pacquiao said he doesn’t see himself getting more minutes than his usual playing time unless it’s a blowout game.