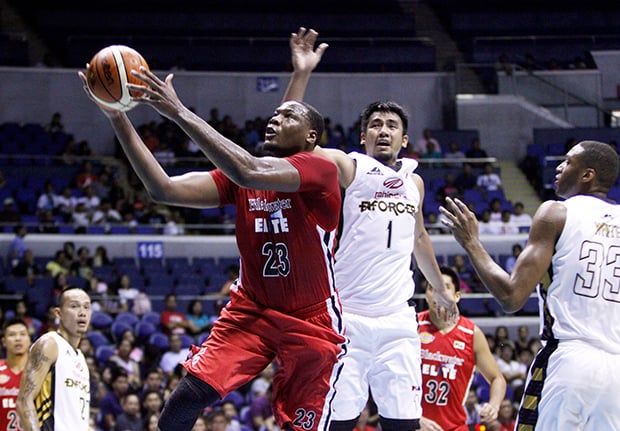 The PBA may have seen the last of Blackwater import Eric Dawson this conference.

No less than Blackwater team manager Johnson Martines confirmed the development after the 32-year-old big man missed his second straight game due to back spasms.

“Based on sa nangyayari, siguro through his injury, he’s not fit to play,” he said, after the Elite’s 107-87 defeat to Alaska on Sunday.

Martines said that he has explored his options and is looking at two possible replacements.

“We have to look for an import. Mamayang gabi, malalaman ko na yan. I’m just trying to sort out kasi dalawa sila. Ipa-finalize ko mamaya. Whoever he is, he will be playing next game kasi we have 10 days pa naman,” he said.

Blackwater will face Phoenix next on Sept. 7 at Ynares Center, Antipolo.

Dawson averaged 18.2 points, 15.2 rebounds, 4.7 assists, 2.3 steals, and 2.2 blocks in six games for the Elite, and Martines bared that the team kept their patience long as they hoped for a triumphant return for the hardworking reinforcement.

“Binigyan din namin sya ng chance. I thought he was going to play today,” he said. “Last week, yung therapy nya, we were thinking na it would be enough.”

But it wasn’t meant to be, as Blackwater will try to move forward despite sporting a 1-7 slate.