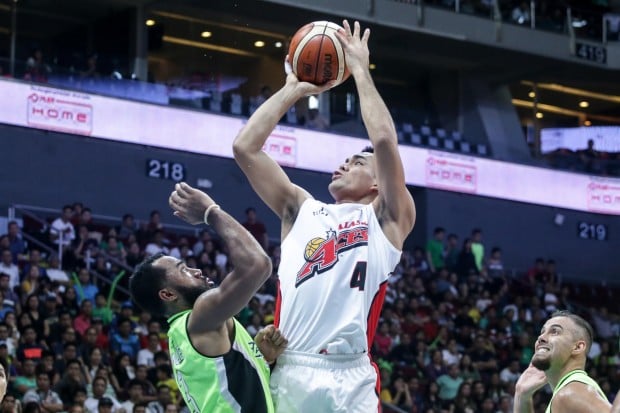 Both ALA & GLO are mired in a deadlock just outside the top 8, tied with a 3-5 record. For sure, both teams would want to win here to move up and strengthen their chances of getting to the quarterfinals. A loss may prove to be devastating, especially with both PHX & ROS streaking at the moment. Needless to say, this may prove to be a turning point in either team’s destiny this season.

ALA has won 2 of its last 3 games, and they look to be gaining momentum heading into their last 3 games against GLO, PHX, and NLX. They pummelled BLA in their last contest, 107-87, behind the 33-point explosion of LaDontae Henton, and it’s certain that the Aces will lean heavily on their import once again here against the Batang Pier.

Speaking of GLO, the Batang Pier drew big games from their big three — Terrence Romeo, Stanley Pringle, and Mike Glover, but they still lost to TNT in their last outing, 122-120. They couldn’t close out the Ka Tropa in OT and absorbed their fifth loss in eight games. They’ll have to play more composed in the endgame here against a team that has beaten them six out seven times already this season.

1. ALA: HIGH ON HENTON
– LaDontae Henton continues to push the envelope for ALA. He remains a high value player, and the Aces should continue to heaviyl rely on him as they try to get their 4th win this conference. The stakes are higher now, too, so Henton has high expectations to meet.

2. ALA: RELIABLE RACAL?
– One guy who has been reliable in some games this conference has been former Letran Knight Kevin Racal. Racal put up a dozen markers in their last outing, giving the Aces a big lift off the bench. He waxed hot from long range, hitting all four of his three-point attempts. If he can prove to be a consistently reliable resource of scoring, that’ll be a big boost for the Aces.

3. ALA: STINGY D
– ALA’s stingy defense did them well in their last game, forcing 23 turnovers from BLA and converting these into 38 points off turnovers. If they remain tenacious and aggressive, they should be able to do the same here.

4. GLO: BIG THREE
– The Batang Pier’s big three were scintillating in their last game, combining for 96 points. There is no doubt that they are the engine that really propels this team, and, for sure, the Batang Pier will only go as far as Terrence Romeo, Stanley Pringle, and Mike Glover take them.

5. GLO: WASHINGTON’S SUPPORT
– Jay Washington gave the big 3 some big support off the bench in their last outing, scoring 9 points in 26 minutes. With so much focus on the Big 3, some attention can be drawn away from Washington and perhaps even the other Batang Pier. If that happens again here, Washington has to respond positively.

6. GLO: SOLID INSIDE
– Despite the loss, there were some positive takeaways for GLO, including dominating the battle in the paint. GLO outrebounded TNT and outscored them in the box. The Batang Pier need to do the same to be able to upend the Aces.

7. KEY MATCH-UP: CALVIN ABUEVA X ANTHONY SEMERAD
– The Beast Calvin Abueva will reprise his collegiate rivalry with Anthony Semerad in this game. These two have had classic battles in the past, and there is no indication this will be any different. Both had subpar outings in their previous contests, so both will look to really bounce back here.